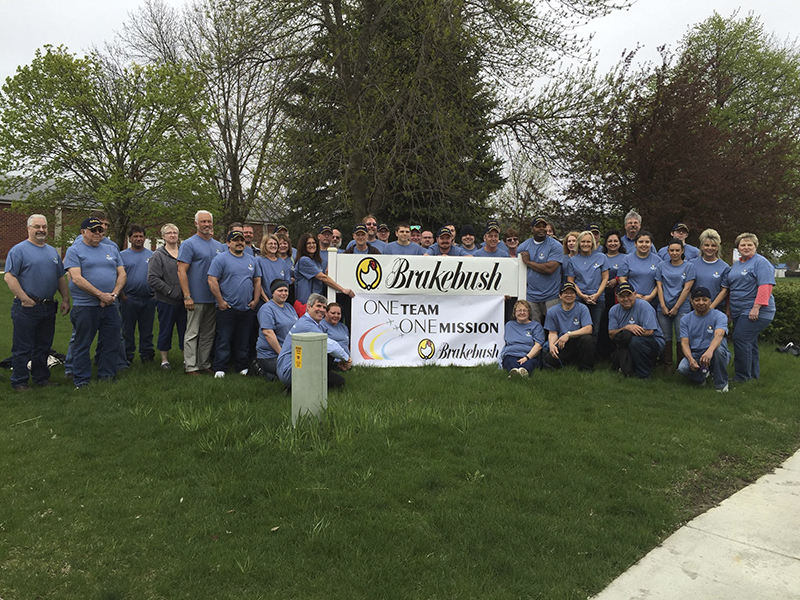 Brakebush employees at the Wells location come together for a team photo. - Provided

According to a press release, Brakebush has its state-of-the-art processing facility and corporate headquarters in Westfield, Wisconsin, and a raw portioning plant in Irving, Texas. Since acquiring the Wells operation in April Brakebush has hired 27 people in production, sanitation, maintenance and management positions bringing its total to 75 team members. The addition of a second shift will double production of further processed chicken products being sold to colleges/universities, schools, convenience stores and restaurants across the country.

With a plant manager and supervisor relocating to the Wells area, Brakebush is committed to the Wells community and its local workforce.

“The Wells facility is all we hoped it would be and will help us as we aggressively pursue new business,” company president Scott Sanders said.

Brakebush is a United States family owned and operated company founded in  1925. The company specializing in providing chicken to the foodservice industry.

According to a press release, the company’s  legacy of innovation continues through the regular introduction of on-trend items such as antibiotic free products, tappers beer battered boneless wings, sriracha chicken bites and tater chip tenders.