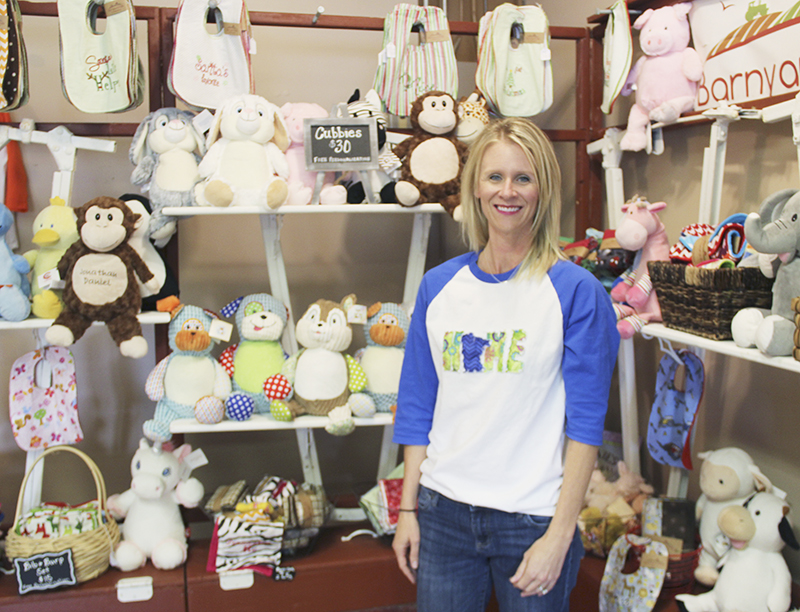 A former Albert Lea resident has turned a hobby into a business venture with the opening of a new holiday pop-up store in the community.

Tanya Westrum, who lives in Northfield, on Saturday opened a store called Barnyard Kids at 1907 E. Main St. The store offers infant clothing, blankets, bibs, stuffed animals and backpacks, along with adult T-shirts and hats — all which can be embroidered with personalized initials or other images.

Westrum, who still has family in the area, said she started sewing after she got married when her mother and mother-in-law bought her a sewing machine. 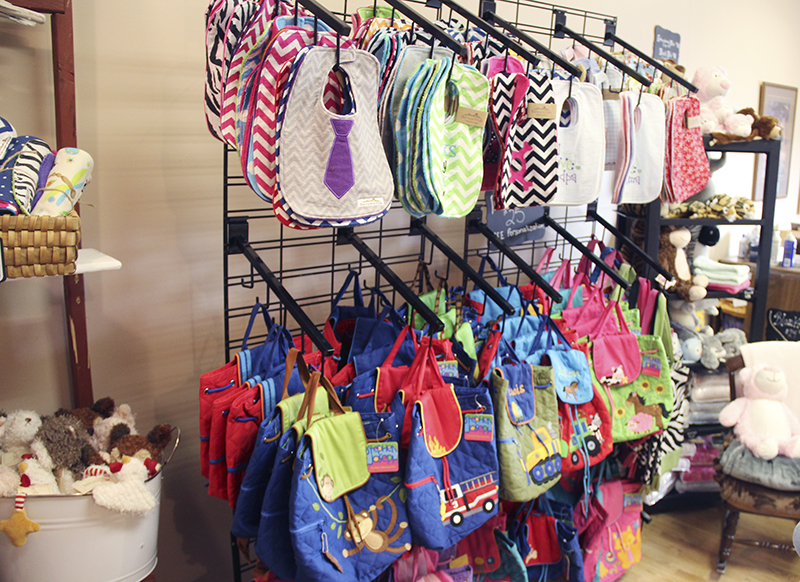 She eventually opened her own Etsy shop online and invested in an embroidery machine, taking her hobby a step further.

She started taking part in the Autumn Festival in Canterbury Park in Shakopee for two years in a row, which showcases handcrafted home decor and gifts from more than 500 vendors from 30 states.

Westrum said it was challenging for her to set up for just a day or two at a time, so then she questioned whether she could open up a temporary store at the building her father-in-law, Dean Westrum, co-owns on East Main Street in Albert Lea. She is also participating in other venues such as the Autumn Blaze Festival on Saturday downtown and has had items for sale at Electric Beach and The Color Wheel.

Though she does not live in town, she said the location has been convenient for her because she lives right off of the interstate in Northfield. She said it has also been helpful to have the support of family in the area, including her parents, Richard and Sheryl Sydnes. Her mother sews all of the flannel blankets available for sale at the store. 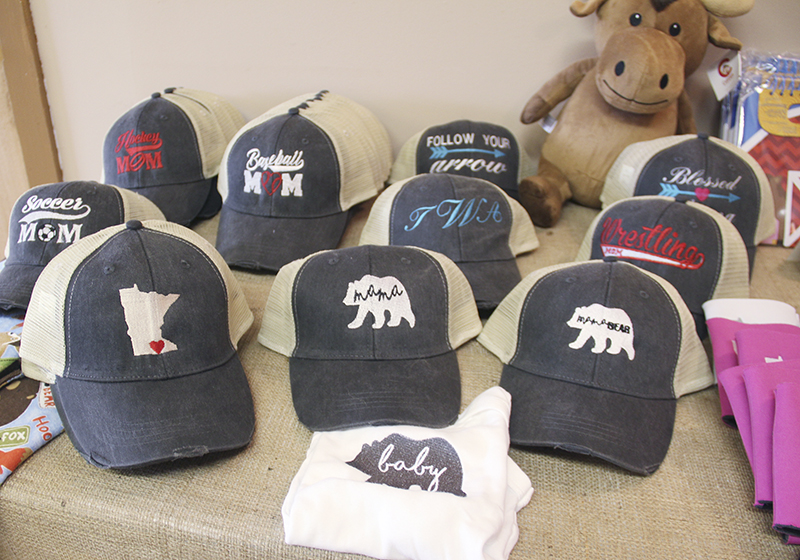 Westrum said she enjoys being able to make gifts for people and customize items.

She has made special blankets with birth dates or baptism dates embroidered on them, to name a few.

Barnyard Kids will be open from 9 a.m. to 2 p.m. Tuesdays, Thursdays and Saturdays.

Westrum said she plans to be open through Christmas.