Funeral services for George M. Jacobs of Albert Lea will be at 10:30 a.m. Thursday at St. Theodore Catholic Church in Albert Lea. The Rev. Russell Scepaniak will officiate. Visitation will be from 4 to 7 p.m. Wednesday at Bonnerup Funeral Service and one hour prior to the service at the church. Interment will be in St. Theodore Catholic Cemetery. Military honors will be accorded by Albert Lea area veterans groups. 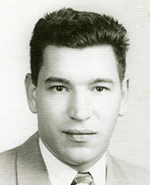 George was born Dec. 6, 1928, in Albert Lea, the son of John and Catherine (Weaver) Jacobs. He graduated from Albert Lea High School and the University of Minnesota with a degree in pharmacy. George served his country in the United States Navy. On April 19, 1952, he was united in marriage to Delorus “Dode” Guenther. He was employed as a pharmacist in Minneapolis, Central Drug in Faribault, North Park in Albert Lea and retired from Sterling Drug in Albert Lea. He was a very active member of St. Theodore Catholic Church, serving as an usher and on the cemetery board for over 20 years. George was awarded the bishop’s medal from the Diocese of Winona for service to the parish.

George was a member of the Knights of Columbus and was a board member for public nursing. He enjoyed hunting and firearms, animals, woodworking and volunteering. His main love was for his family and grandchildren. Music also had a special place in his heart. 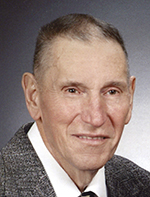 He was preceded in death by his parents; wife, Dode; brothers Michael, John and Casper; sister, Lucy Travnick; a brother and sister in infancy; mother and father-in-law Christian (Mabel) Petersen; grandchildren Nathan Jacobs and Brittney Jacobs; and brother and sister-in-law Richard (Mary) Guenther.