Alex Syverson is a graduate of Albert Lea High School.

This presidential election cycle has some people just dumbfounded; some might call it confusing, and others might call it just downright ugly. However, the term election is a broad phrase used for electing people who will hold public office. It’s not just for electing the next president of the United States; its meaning hits every one of us in Freeborn County. We aren’t just voting for president. Whether you love Hillary or Trump or just downright hate both, don’t let that encourage you to not vote on Nov. 8. There are numerous local elections that hold equal, if not more, importance than one you see on CNN — for instance, the school board race, especially for the youth of Albert Lea. We have 10 candidates running for three seats. The choices are plentiful to say the least. I haven’t decided the three I will vote for; however, I know one, Ken Petersen. 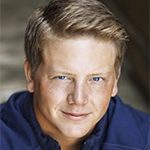 As a recent graduate of Albert Lea High School, this issue is extremely important to me. I want the best for the future of my hometown. The future starts now, and it starts with the students of District 241 and this election of the next three board members. When I think of someone I want on the school board, someone molding the future leaders of Albert Lea, I want someone with experience, a clear vision and a strong leader.

I’ve known Ken for long over 10 years, a man that I know will stay true to his beliefs and message. I remember being in grade school, and Ken would take a vested interest in my life and education. He would sit and question me about my teachers, my curricula and if I was enjoying school. I used to wonder “he cares more about school than I do.” I believe Ken’s passion extends much farther than just my education but for all the students of 241. I know he will invest in every student as much as he did in me. As long as I can remember, Ken has been a man I can truly look up to. He’s strong in his faith and even stronger in his conviction. Ken has always been more than willing to work down to his knuckles for things he is passionate about.

Experience is the best teacher; there’s no better way to learn than living it yourself. When it comes to experience on the school board, Ken’s is second to none in this election. He served nine years previously on the board and seven as the chairman. Since then, Ken has served on the Albert Lea Education Foundation board for five years. I’m more than sure his devotion to the students of 241 is extremely deep. With Ken on the school board, he would work to unify, he would work toward positivity, and he would work toward the betterment of our school district.

As a past student of the Albert Lea School district and someone who might have kids in the district someday, I want nothing but the best for Independent School District 241 and the city of Albert Lea. I’m a firm believer that Ken Petersen is our best option. I know he will fight for our kids and better our schools, which in turn betters Albert Lea in many ways down the road. I will be voting for Ken Petersen for school board on Nov. 8, and I strongly encourage you to do the same.