Seven years after embarking as the pilot community for the Blue Zones Project, Albert Lea this week was officially certified as a Blue Zones Community.

The recognition, which is gaining nationwide attention, highlights citywide, sustainable changes that have taken place to help residents make healthier choices, according to a press release. 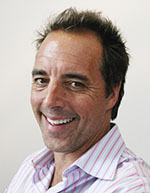 The certification is based on principles seen in Blue Zones around the world — places where people are most likely to reach age 100. The research was based on the work of National Geographic explorer Dan Buettner.

“We have seen the vision of healthier communities in the original Blue Zones areas come to life in Albert Lea,” Buettner said. “This community has set the stage for a movement that is turning the tide of obesity and chronic disease in communities across the country. Because of Albert Lea’s commitment, we know that sustainable well-being is more than possible — it’s the natural course when the environment makes healthy choices easier.”

Some of the changes made in Albert Lea include enhancing streets to support walking and biking, adopting policies to drive down tobacco use and starting simple workplace programs that promote health and social interaction.

Since implementing a second phase of Blue Zones Project efforts last year, Albert Lea has made gains in several areas of well-being, outpacing the state and nation.

According to the Gallup-Healthways Well-Being Index, overall well-being is up 2.8 points from 2014 to 2016 and is outpacing improvement across the state of Minnesota during the same time. Smoking dropped considerably and now is less than 15 percent, far below the national average of 18.5 percent in 2015.

The percentage of residents who consume recommended amounts of fruits and vegetables rose to 62 percent, also well above the national average of 57.5 percent in 2015.

The changes were done with the help of walkability expert Dan Burden, who was named one of the six most important civic innovators in the world by Time magazine in 2011. With his guidance, Albert Lea established more than 10 miles of bike lanes and new sidewalks.

Grocery stores, restaurants, schools and workplaces also made changes to support the effort.

“Changing the environment gives people new ways to engage in their community and makes healthy choices easier,” Burden said. “As a result, we helped re-envision Albert Lea’s culture and identity.”

With the environmental changes have come economic benefits,  particularly downtown. Since 2013, 15 new businesses have opened and property values are up $1.2 million.

Since Albert Lea’s  pilot program, the Blue Zones Project has grown to impact more than 1.7 million people across 27 communities in seven states.