FARMVILLE, Va. — Virginia Sen. Tim Kaine aggressively defended running mate Hillary Clinton’s character, one of her chief campaign weaknesses, in Tuesday night’s vice presidential debate. He slammed Donald Trump as someone who “always puts himself first” and questioned how his No. 2 could stand by him. 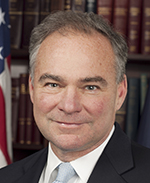 Kaine went on the attack from the start, repeatedly interrupting Pence, who remained calm and carried on with his answers. Kaine’s approach actually mirrored that of Trump in last week’s first presidential debate, when the Republican frequently jumped in while Clinton answered questions.

Kaine and Pence are far less familiar to most Americans than their running mates, who are among the most well-known figures in the country. Both vice presidential candidates have spent years in politics, are well-liked by colleagues and are deeply religious. 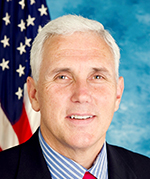 While their performances were unlikely to dramatically change the way voters view Trump and Clinton, the nationally televised debate was nevertheless a spotlight opportunity for to introduce themselves to Americans, energize party loyalists and potentially sway the shrinking pool of undecided voters.

Tuesday’s debate came as a close White House race appears to be tipping in Clinton’s favor following her strong showing in the first presidential debate. After an uneven debate performance, Trump bewilderingly spent the rest of the week defending comments he’d made 20 years earlier about a beauty queen’s weight.

While Trump has five weeks until Election Day to regain his footing, early voting is already underway in some states.

The 90-minute vice presidential showdown at Virginia’s Longwood University was moderated by Elaine Quijano of CBS News. While last week’s first presidential debate was watched by a record-setting television audience of 84 million people, Tuesday’s contest was expected to have smaller viewership given Pence and Kaine’s lower profiles in the campaign.

Trump said he would be live-tweeting the debate. During a rally in Arizona, he said the contest would be “a contrast between our campaign of big ideas and bold solutions for tomorrow versus the small and petty Clinton campaign that is totally stuck in the past.”

Clinton, campaigning in Pennsylvania, said she’d been keeping in touch with Kaine over email about his debate preparations.

“I think America is going to be very impressed and really feel positive about Tim Kaine as our next vice president,” she said.

Clinton was widely viewed as the winner of her opening debate with Trump, rattling the real estate mogul with jabs about his business record and demeaning statements about women, and responding to his attacks with calm rejoinders. New public opinion polls have showed her improving her standing in nearly all battleground states.

At least some of Clinton’s bounce is likely attributable to Trump’s conduct coming out of the debate. He redoubled his criticism of a beauty queen and her weight, one of the topics Clinton raised in the debate, and went on a pre-dawn Twitter tirade trying to disparage the former Miss Universe.

That firestorm was deflected only by revelations that Trump suffered more than $900 million in losses in 1995 that could have allowed him to avoid paying federal income taxes for as many as 18 years, according to records obtained by The New York Times.

Pence was expected to find himself trying to clean up Trump’s controversies, as has often been the case since he joined the GOP ticket this summer. The governor signaled that he would frame the matters as attempts by Clinton to obscure her own record.

Pence was picked as Trump’s running mate in part because he has the conservative credentials the businessman lacks. His addition to the ticket was cheered by conservative leaders in Washington, and Trump’s supporters are hoping his debate performance will be similarly appealing for Republican voters who may still be skeptical of Trump’s ideology.

Kaine, who served as Virginia’s governor before becoming senator, is largely in step with Clinton on key issues. While he voted to give President Barack Obama fast-track authority for the Trans Pacific Partnership, he’s since joined Clinton in opposing the final version of the trade pact.