Lake Mills moves to 30-0 with win over Forest City 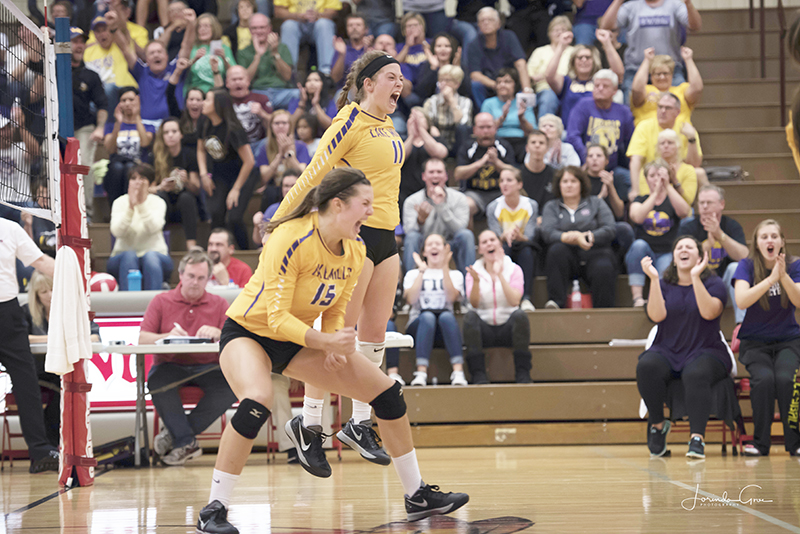 It was an amazing night for high school sports.

“The gym was packed and it was loud,” Boehmer said. “We found a way to win, but I’m not sure how.”

It was a back-and-forth affair, with Lake Mills winning the first, third and fifth sets.

“We were slow out of the gate in every set but the first set,” Boehmer said. “We had our worst hitting efficiency of the season (.172) and we struggled with receiving the serve and playing defense.”

Despite all that, Lake Mills pulled together and took the fifth and deciding set, 15-10 to hand Forest City its third loss of the season.

“I was very pleased with how we responded after dropping the second and fourth sets,” Boehmer said. “Having not lost a set all year kind of concerned me, but I always tell the girls that no cares about sets. It’s about winning the match. This match was going to be close no matter what.”

Hailey Borgmeyer led the Bulldogs with 14 kills and 19 digs,  and Lexi Groe added 13.

Robyn Bowman finished with 36 assists and Dana Baumann had 17 digs.

Lake Mills will travel on the road to face North Butler (10-13) Tuesday night.