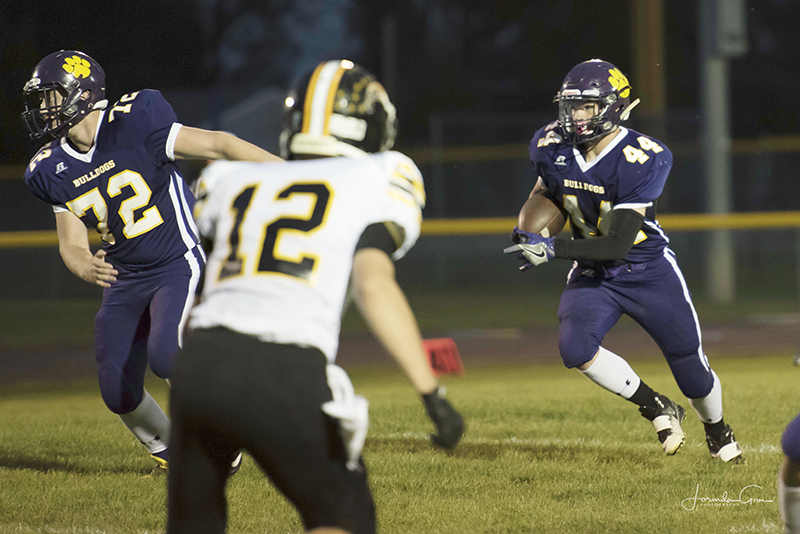 Lake Mills hosted BCLUW for Homecoming and got big performances on the ground from junior Alex Albert and senior Marcus Escherich in a 28-7 victory Friday night.

Escherich rushed 16 times for 92 yards and had two touchdowns, and Albert toted the ball 15 times for 88 yards and two scores.

But the real story was the defense. Lake Mills shut out BCLUW through the first three quarters before giving up a meaningless score in the fourth quarter.

“Our defense dominated tonight,” said Lake Mills coach Bill Byrnes. “We held (BCLUW) to four yards rushing. Offensively, we put up points, but had too many penalties in the first half. The second half was much better, and our offensive line did a great job and our backs ran hard. I was very proud of our effort.”

It will travel to Central Springs Friday.