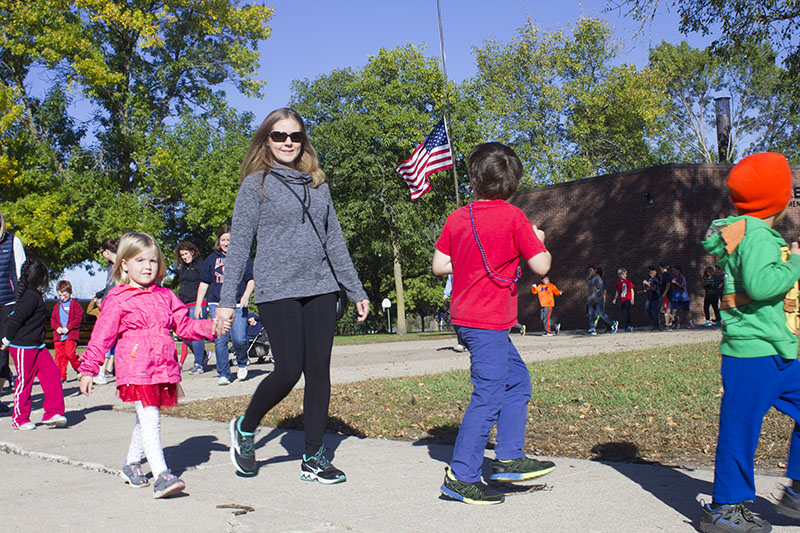 Lakeview Elementary School students celebrated raising more than $20,000 for their school Friday by participating in a walkathon.

Money raised by past walkathons has been used to install basketball hoops, a rock wall and new patrol equipment, school parties, field trips and snack carts.

“It brings in lots of money that we are able to use to fund events at our school,” said Lakeview Elementary School Organization President Marie Grund.

Lakeview students participated in a school assembly before the walkathon to increase school spirit, and fifth-graders earned a pizza party with the Freeborn County Sheriff’s Office by capturing a Spirit Award. 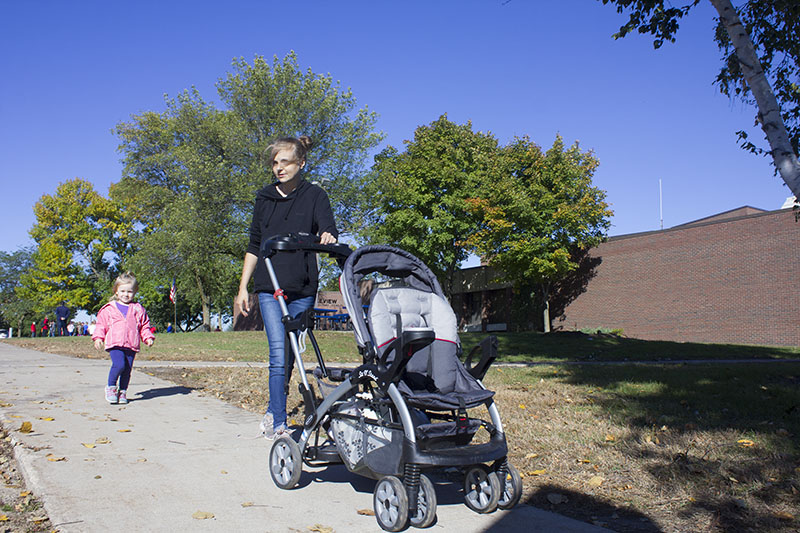 This is the second year a fundraising goal has been set for the school, Grund said.

“It seems to be working, so I think we will keep it up,” she said.

Sibley students had raised more than $24,000 as of Friday, said Principal Diane Schultz. The school, which had its Stroll For a Goal Friday, installed handicap-accessible equipment and a ramp from proceeds raised all from students through past fundraising.

“This is a great addition for our students,” she said.

Grund thanked Lakeview students for the effort they showed in fundraising.

“This is all them,” she said. “They have done an amazing job.”

Lakeview students played at a park for a few hours, and played tug-of-war and had a dance party after they returned to the school Friday afternoon.

The top fundraiser at Lakeview was able to color Principal Nick Sofio’s hair, and each student who walked received a miniature megaphone.