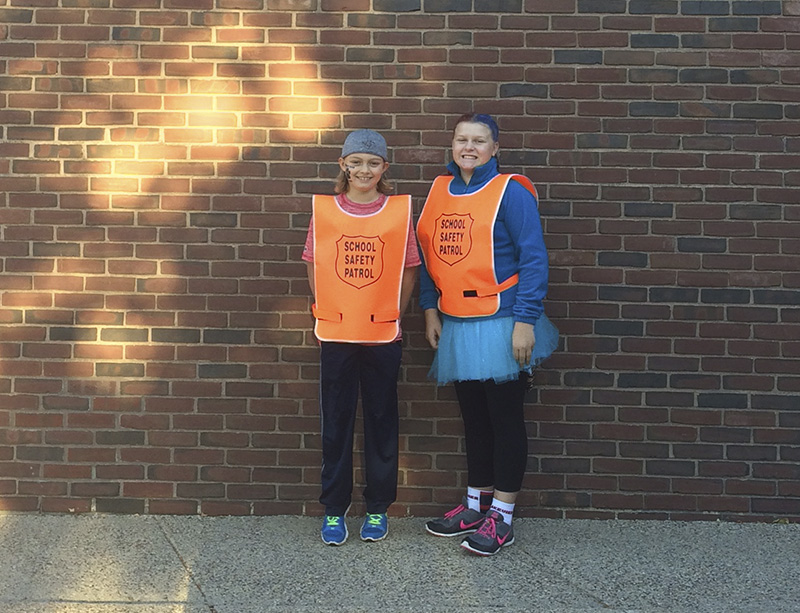 What is your favorite part of being patrol captain?

“We like being patrol captains because we like keeping people safe and it’s the best!” — Chet Hansen and Addison Herr

What did you have to do to become captain?

“We had to go to camp (Legionville) to learn how to be a patrol member.” — Chet Hansen and Addison Herr

What are the responsibilities of patrol members? 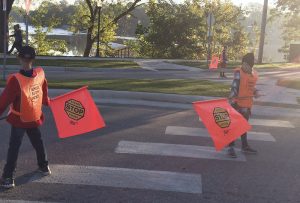 “To be on patrol you have to be responsible, kind and a good student.” — Addison Herr.

“Patrol students have to pay attention to people crossing the street and need to make sure people are walking their bike and walking through the crosswalk.” — Chet Hansen

Why do you have patrol?

“We have patrol to keep people safe before and after school.” — Addison Herr

“When the weather is bad, cars can see us when we are crossing people.” — Chet Hansen

Lakeview Elementary has approximately 35 patrol members and two captains who go outside before and after school to help students stay safe. They were trained at the beginning of the year by Hansen and Herr.