A man running for Albert Lea School Board said he sees dysfunction on the board.

“Someone has an agenda on that school board,” said Joe Ferguson. “As to what it is, I have no idea.” 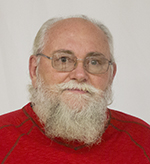 Ferguson said the school board needs to set policy, not administration.

“This is not what is happening,” he said.

Ferguson, 68, of 2012 Country Club Road, is a retired consumer-safety inspector with the United States Department of Agriculture.

Ferguson said the board’s issues are having a negative effect on the community.

“The public and the taxpayers — it gives Albert Lea an unfavorable appearance with the public,” he said.

Ferguson said the district needs to help improve teacher job security by stopping the practice of not renewing the contracts of non-tenured teachers in the spring, then hiring them back for the following school year.

“They need to do away with that,” he said, noting his belief that the district is playing games with teachers by adhering to the practice.

Ferguson said the district’s biggest issue is its achievement gap.

“What is going on here?” he said, adding that when he was growing up, a student who was struggling would be held back.

“They keep moving these kids ahead, even though they are not with their fellow classmates academically,” he said. “It’s like they don’t want to deal with it, so let someone else deal with it.”

Ferguson said he does not like political correctness, and he is concerned that parts of the hill Lakeview Elementary School rests on keeps dispensing into the streets when flooded.

“How many thousands of dollars have they spent fixing it?” he said. “What are the conditions of the facilities?”

Ferguson said he thinks the district’s biggest strength is its educators and staff.

Ferguson wants to help students as a board member.

“That we are preparing these children for their future, because they are the future,” he said, adding that he wants to reach out to constituents through emails, telephone calls and personal appearances.

“I would certainly want their input,” Ferguson said. “What do they think is important? After all, they are paying for it.”

Three seats are up for election on the board. Angie Hanson, Neal Skaar, Ken Petersen, Kendall Langseth, Sonjia Hill, Aaron Phillips, Ellen Kehr, Cynthia Gail and incumbent Julie Johnson have also filed for election to the board.