Marvin grew up in Hollandale and graduated from Albert Lea in 1968, thanks to his twin sister, Marlys. He fell in love with Lois Ann Dennis in the summer of 1967 at the drive-in in Maple Island and married the first time in April 1971. They divorced in May 1975 and were reunited in marriage in May 1979 at the theater in Austin. 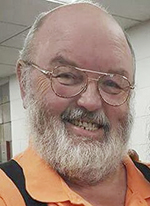 In October 1971 they had their daughter, Shelly, who was his pride and joy — only to be matched by the birth of their only granddaughter, Rachel, also known as “Bill,” on his birthday in 2012. His wife and his girls were the center of his world and everyone he met got to hear about them and see pictures whether they wanted to or not.

Marvin worked construction in the Twin Cities for years before starting Kuiper Specialties Inc. in 1985. Since then, he helped so many realize their dreams and built countless restaurants, commercial kitchens and substance abuse treatment centers across the state. He often said, “How did I end up from the tractor seat to this?”

Marvin was always the “tie that binds” with everyone he came in contact with, and became instant friends or family with them all. The lives he touched are countless and vast.

He was preceded in death by his parents Kort and Cornelia Kuiper of Hollandale and his in-laws John and Mildred Dennis.

He is survived by his loving wife, Lois; his adoring daughter, Shelly; and granddaughter, Rachel “Bill,” his shining star. Siblings include Henry and Polly Kuiper, Gertrude and Jon Stout, Patricia and Virgil Harmdierks, his twin sister, Marlys Heemsbergen, Irene and Donald Jones and Ron and Diane Kuiper. He also had numerous nieces, nephews and adopted family and friends along the way.

In lieu of flowers, please consider the needs of the family.