Northwood-Kensett comes back to beat Kee in 2nd half 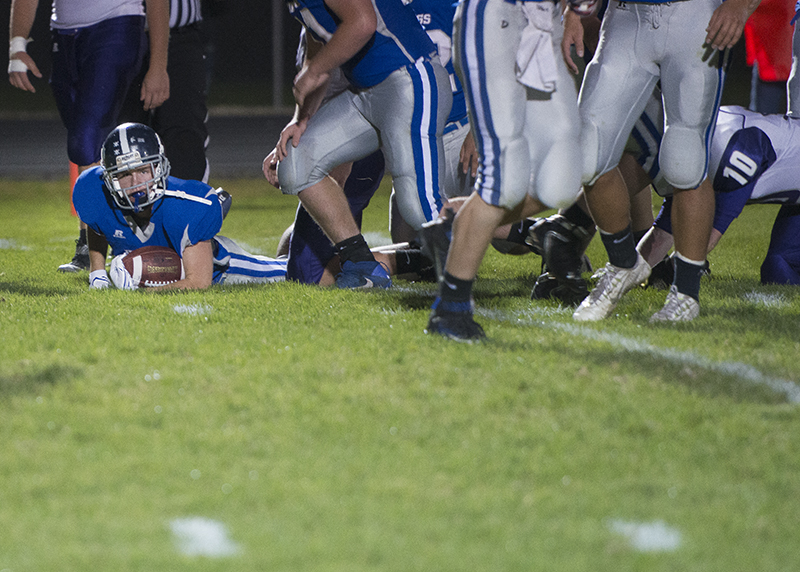 NORTHWOOD — Friday night started out rough, but ended on a high note for the Vikings.

In a comeback win, the Northwood-Kensett football team defeated Kee at home, 32-26.

The win came after a tumultuous first half for the Vikings, who only managed two touchdowns compared to the Hawks’ three. With the Hawks being the lone team to complete a two-point conversion in the first half, they had a 20-12 lead over the Vikings at halftime.

The Vikings struggled while trying to keep up with the Hawks’ passing game, with Caleb Kliment only going 1-for-4 for a total of nine yards — compared to Kee’s Tucker Closch and Casey Caroll combining for a total of 85 yards.

The Vikings adjusted over halftime and came back out playing to their strengths — defense and running the ball.

They held Kee to just one more touchdown in the second half, while Northwood-Kenseet racked up 20 additional points to come out ahead. Kliment, Hayden Halbach, Marquise Berry and Colton Moretz ran over the Hawks for a combined 307 yards on 58 carries.

On the other side of the line, Garret Thompson and Moretz led the Vikings with 10 and nine tackles, respectively.

Northwood-Kensett, now 4-4 on the season and 3-2 in the Top of Iowa Conference, will host Clarksville at 7 p.m. Friday. The Indians are 1-6 overall and 0-5 in conference play, and are coming off of a 72-7 loss to Turkey Valley.