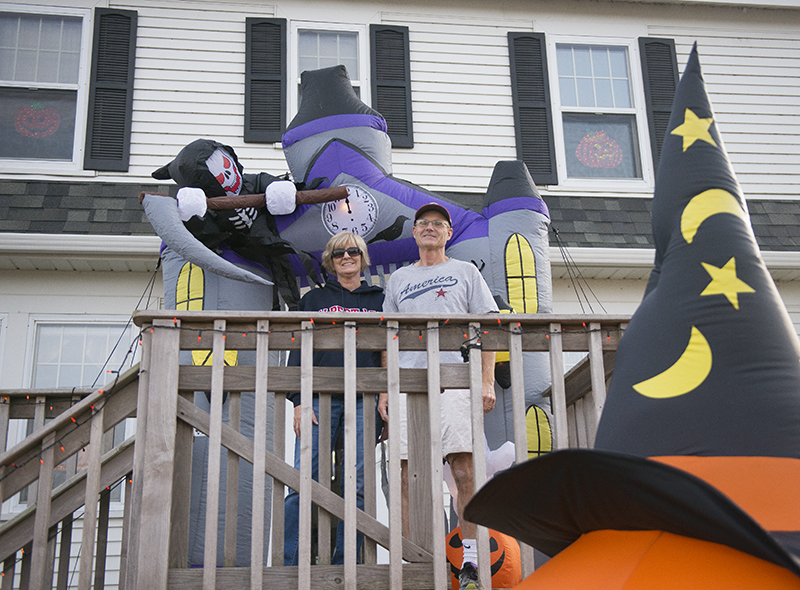 For one Albert Lea couple, Halloween is all about making their home a destination for local trick-or-treaters.

Rick and Shelly Harves live at 809 Abbott Street — in the house that Rick Harves grew up in — across from Lakeview Elementary School. The couple has three grown children, one of which gets into decorating their house for Halloween, too.

Shelly Harves is a para-educator at Southwest Middle School, and Rick Harves is a retired elementary school teacher currently filling in as a long-term substitute teacher at Albert Lea High School. 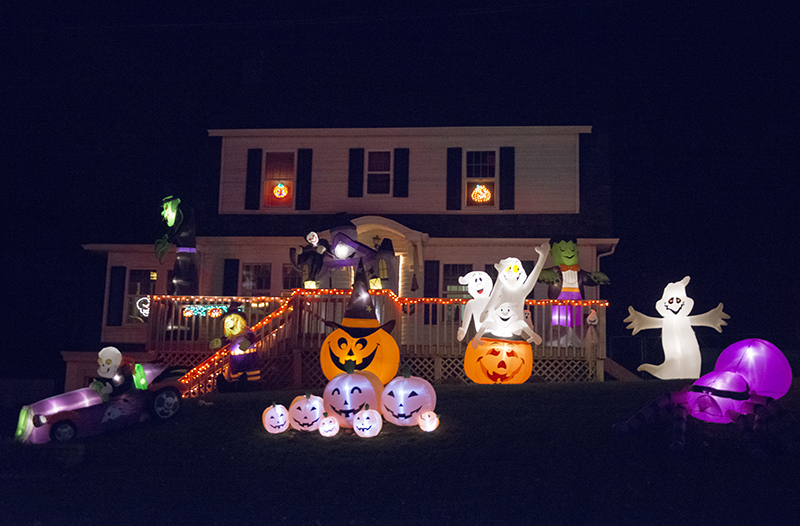 Different inflatables and other decorations have been added to the house’s decor over the years. – Colleen Harrison/Albert Lea Tribune

For the past 15 or 16 years, the couple has always decorated their home for Halloween each season — and at Christmastime, as well — and said their collection of decor seems to have expanded over the years. The majority of the decorations are inflatables that are lit up at night, and there are some other light fixtures and decorations adorning the couple’s front lawn, as well.

Shelly Harves said Halloween is her favorite holiday, and she loves seeing all the children show up in their costumes.

“You get to pretend to be something you’re not,” she said.

The Harves usually start decorating during the first or second weekend in October, they said. The couple gives out candy as well as flashlights to their visiting trick-or-treaters.

Both Shelly and Rick Harves said they get some of their former and current students coming through, either to trick-or-treat or to just say hello and see all of the decorations. They routinely get around 250 trick-or-treaters each Halloween, and they couldn’t be happier about it.