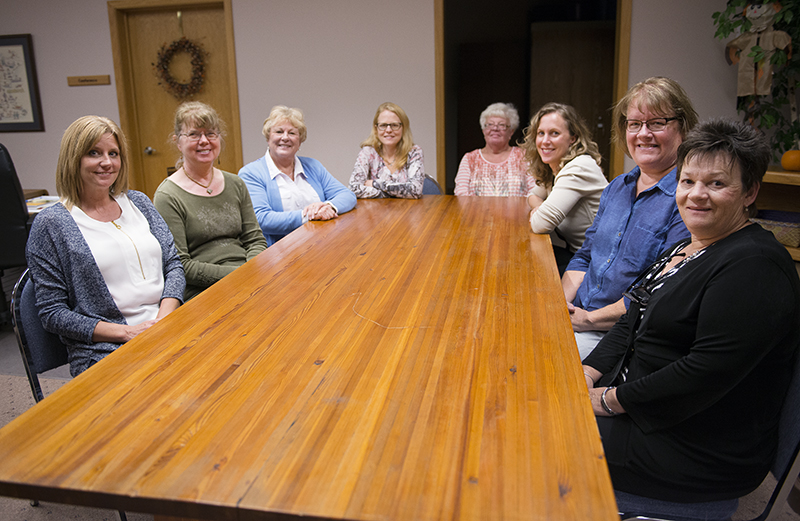 Six organizations in Albert Lea have come together under one roof in a building on South Broadway.

The building, at 314 S. Broadway, was the former Christian & Peterson law firm.

The city of Albert Lea approved purchasing the building in July 2015 for $130,000 after the lawyers at the firm were retiring at the end of December 2015 and were looking to sell the building.

Since then, the office space has been divided up so that the building now houses the Blue Zones Project, Senior Resources, United Way of Freeborn County, Habitat for Humanity and the Community Resource Center. Albert Lea Community Theatre utilizes space in both the upper and lower floors of the building. 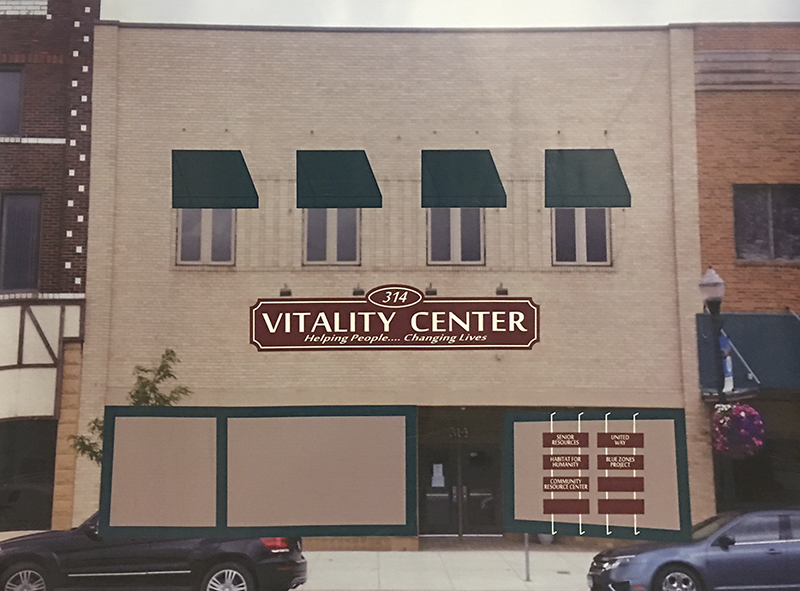 Plans are to rename the building at 314 S. Broadway as the Vitality Center. The building houses offices for Senior Resources, Habitat for Humanity, United Way of Freeborn County, Community Resource Center and the Blue Zones Project. Provided

In August 2015, Ellen Kehr, organization lead for the Blue Zones Project, moved into one of the offices, followed by ACT in January. The theater group is utilizing the space for storage. On the upper floor is its furniture; downstairs is its props.

In May, Senior Resources moved from Skyline Plaza to the building, followed by the Community Resource Center in June and the United Way of Freeborn County and the local Habitat for Humanity chapter in August.

Space for one more office remains, though that may soon be filled.

The organizations’ leaders credited Sentence for Service crews for helping to clean up the building.

Though the long-term purpose for the space has not been determined, city leaders have discussed redeveloping the entire 300 block of South Broadway to add tax base, jobs and housing in the area.

In the meantime, the organizations, which all pay rent to the city to use their space, have settled in with plans to upgrade the exterior.

The building will be called the Vitality Center and will soon see some renovations with signage, paint and awnings.

Annette Petersen, executive director of Senior Resources, said the move has been a great one for her organization as it is more visible to the public and easier to find.

Petersen said it has proven to be a good model of how organizations can come together — particularly with discussion on a community center at the Blazing Star Landing.

Bridget Fisher, executive director for Freeborn/Mower Habitat for Humanity, said the space has allowed her to be in Albert Lea two days a week, where she was previously headquartered only in Austin. Since moving into the space, she has been able to reach out to more people locally.

Austin said she has enjoyed having all of the organizations in the same place and being able to share resources.

“If one of us doesn’t know how to do something, someone else does,” she said. “It makes things easier when we’re working together.”

Organizations with space at 314 S. Broadway: