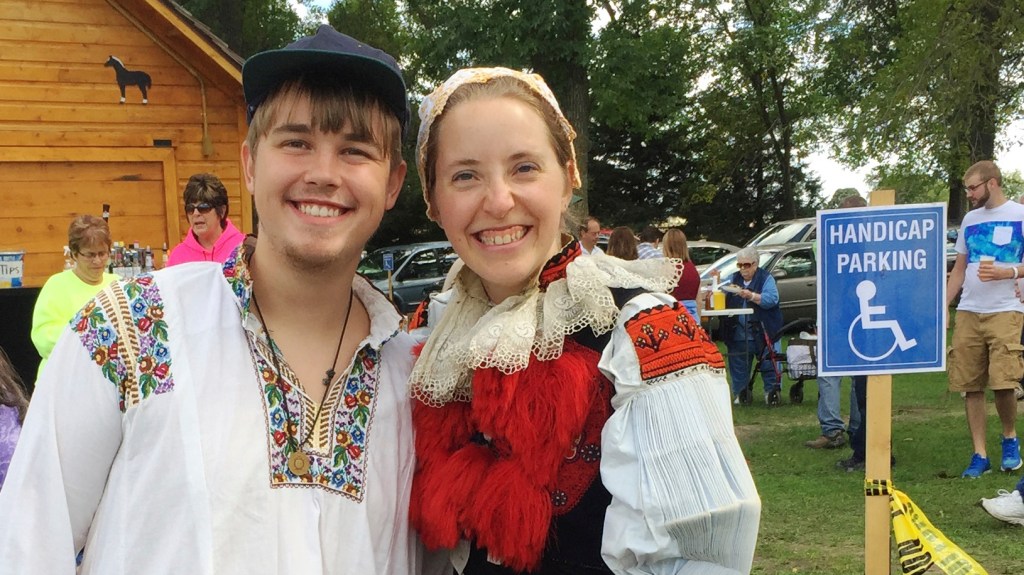 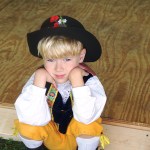 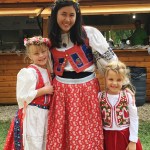 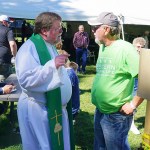 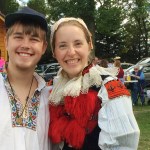 Zare Zapadu Lodge No. 44 hosted Czech Fest Sept. 10 to Sept. 11 at Brick Hall, between Hayward and Glenville. The two-day event included a Sunday morning worship service of prayer and preaching with hundreds of worshipers in attendance. The service was led by the Rev. Jim Krikava and included music by Mollie B from the RFD-TV Polka Party.

According to a press release, Krikava spoke, sang and led singing in Czech. Krikava and Mollie B also sang a rendition of Amazing Grace with each verse sung in English and Czech, as well as leading attendees in several songs in English set to polka and waltz melodies.

Krikava, a fourth generation descendant of Czech settlers in the area, is the son of Alton and Marie Krikava. He is regional director for Eurasia with the Lutheran Church Missouri Synod Office of International Mission and flew from Prague, Czech Republic, where he is now based to attend the event.

The OIM’s Eurasia region, from Greenland to eastern Siberia, includes Europe except Spain, the Middle East and countries in western and northern Asia. Krikava was previously a missionary for 16 years in Eastern Europe and during that time helped start four Czech-speaking Lutheran congregations and an English-speaking congregation for expatriates in Prague.

The next Czech Fest is planned for Sept. 9 and Sept. 10, 2017. Molli B is scheduled to return and the lodge hopes Krikava will as well.

According to a press release, planning for the fourth annual Czech Fest this year began as soon as the third Czech Fest was over. After members met at Brick Hall and voted to host another festival, Sare Zapadu President Dan Rayman asked for volunteers to head committees for lining up food, beverages, publicity, tickets, silent auction, grounds set-up and parking.

Nearly 40 adult members and 12 Young Engaged Lodge Leaders volunteers enthusiastically pitched in, and worked in various committees with time, talent and donations from March through September, with about 70 people of all ages helping the weekend of the event.

Proceeds from the Czech Fest will enable donations to fundraisers and benefits throughout the community and toward care and upkeep of the 107-year-old Brick Hall, which is on the National Register of  Historic Places.

The next event at the Brick Hall will be a concert featuring the Albert Lea Community Band to honor veterans Nov. 12.

According to a press release, over 600 attendees came to Czech Fest this year from surrounding communities, states as far away as Massachusetts, Texas and Nebraska, along with visitors from Europe.