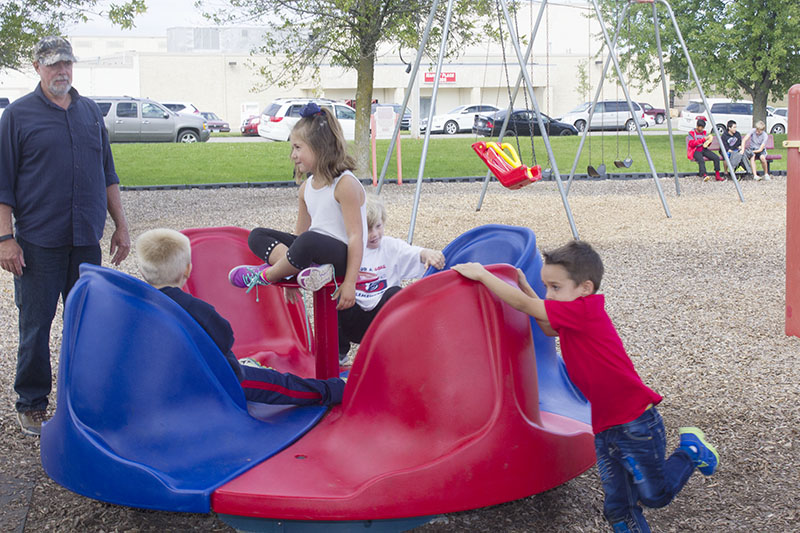 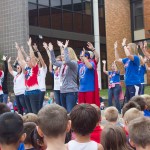 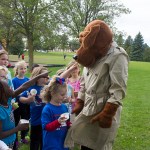 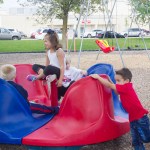 Sibley Elementary School marked the completion of a project Friday, which makes using playground equipment easier for people with disabilities.

A ribbon-cutting ceremony at the school’s playground Friday showcased the construction of handicap-accessible equipment and a ramp so students and community members with disabilities could use the equipment.

“This is a great addition for our students,” said Sibley Elementary School Principal Diane Schultz. “It’s another piece for our community as well.”

The money raised for the equipment was raised by the student fundraising from the school’s fundraiser, Stroll For a Goal, which was Friday.

Students had raised more than $24,000 for Stroll For a Goal as of Friday.

The ribbon cutting was part of an event, which featured staff performing for students and outside games.

Sparky the Firedog was on scene, and was enveloped by students who were excited to see him.

Sibley Parent Teacher Organization President Katie Pestorious said the project had been discussed for a while.

“This is something that has been brought up in the last couple of years,” she said. “And we needed new equipment. So we decided to spend the money this year on a new piece of equipment.”

Pestorious said the equipment was added “so parents with strollers or wheelchairs, anybody with a handicap or disability can make it to the piece of equipment and enjoy it.”