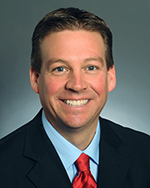 The Senate District 27 candidates participated in a political forum hosted by the Austin Area Chamber of Commerce and KAUS Radio at The Eagles Club in Austin Thursday afternoon.

Since session, Republicans have maintained Sparks lied and was untruthful by voting no in a voice vote then standing later in support of the bill.

Dornink echoed those concerns Thursday, saying he was untruthful in how he voted for the final bill, and he accused the DFL of purposefully killing the bonding bill by adding the light rail provision that the state Republicans didn’t support.

“They put politics ahead of doing the business of the people,” Dornink said.

But Sparks challenged the claim, saying he voted no in the voice vote. He said the scene in the final minutes of session was chaotic, and he’s previously said he only stood in support of the bill when told it was the only way the bill could pass. 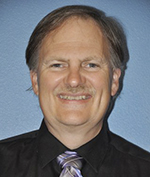 “For him to say that I misrepresented my vote, I’ve never done that in 14 years,” Sparks said. “I’m certainly not doing it today.”

He said that many other issues killed the bonding bill, and he argued there were several inaccuracies in a bill that was completed in a rush late in session.

A few questions later, Dornink revisited the issue and reiterated the belief Sparks misrepresented his vote. But Sparks countered and argued he didn’t, and he continued by arguing the House sent the bill to the Senate at the last minute.

Sparks defended his record and said a lot of other good work happened with a supplemental budget to invest money in rural broadband and fund voluntary early childhood education.

The candidates were asked about the failures of this year’s legislative session, which ended with the House and Senate failing to pass a bonding bill largely due to division of a light rail project.

Sparks said leadership in both parties needs to be held accountable for meeting deadlines, and he said they need to go back to getting things started earlier on the bigger, important bills.

“I don’t think anyone wold say it’s a good idea to spend a billion dollars in the last 15 minutes of the legislative session,” Sparks said.

Dornink countered, arguing the Legislature should go back to reviewing bills separately and letting them stand by their own merit versus having large omnibus and bonding bills all together.

“Do it more one at a time like we do as a family or business,” he said.

After recent reports that premiums for MNsure could skyrocket next year,  Sparks argued the state needs to take a look at the rising costs, especially for the 5 percent in the individual market. He’s supported going into a reinsurance pool to keep costs down or by going to the federal government seeking a waiver to put high-risk people in a specialized program, which was done before and worked.

He said the Senate had ideas for fixing the issues, but couldn’t get any traction in the House.

“I think that we need to quit playing politics with this, that’s what it’s all about,” Sparks said. “We need to go back there, find solutions and get things done.”

However, Dornink argued Democrats voted to start MNsure without a single Republican vote, and he said the system is hurting individuals, businesses and farmers.

“They need to take responsibility because it was done without a single Republican vote,” Dornink said.

He said they need to reform the program to avoid future losses after much money has already been lost.

After the state failed to enact transportation funding for a second year in a row, Dornink and Sparks differed on the best solutions to funding infrastructure upkeep.

Sparks referenced the talks of the Mower County Board of Commissioners in voicing his support for a potential gas tax increase, though he noted he’s voted for and against past gas tax increases.

“We are at a real turning point here,” Sparks said. “We need to do it. We can’t just push it down to the local level.”

While raising the gas tax isn’t popular, Sparks said it should be OK if people can see roads and bridges being built with those dollars. But Sparks spoke for using a combination of dollars, from the gas tax along with the general fund and bonding bill.

“We owe it to people to go up there and get our work done and get a transportation bill package put together that works for everybody,” Sparks said.

Dornink, however, spoke against raising the gas tax, arguing it will hurt commuters.

“I don’t think the middle class that’s working needs another tax,” he said.

When asked about the gridlock that many say has kept big issues from passing in the state in recent years, Dornink argued that a little disagreement isn’t necessarily bad.

“The founders’ original intent was to have a house and senate, and to have some that pushed back and to have a slow process to bills because they didn’t want it to go through quickly,” he said.

In turn, Sparks argued he’d look to end gridlock by trying to work across the aisles to get things done. He spoke of bills that have passed, like unemployment tax relief, help for farmers through an ag policy bill, and more

“When we talk about gridlock, certainly there’s some there, but I’ve made a career out of being someone that listens to everyone and works together and gets results,” Sparks said.

Sparks said the state will benefit from hearing different ideas and said he’d be open to alternative approaches to issues. Sparks, who is seeking his fifth term, said he enjoys hearing from people to learn their thoughts and ideas, and he said it helps him make better decisions and finding a consensus on issues.

“I believe that has been one of my strengths as a legislator and a candidate — know that I don’t have all the answers and being open to different approaches,” Sparks said.

Sparks said he’s worked hard on projects to better the community in the past and wants to continue doing so.

Dornink runs his own carpentry business in Hayfield, where his lives his wife and 12 children. As public servants, he said they need to serve the people.

“I know how to serve, sacrifice and balance a budget,” Dornink said. “Do you think we could use that up at the Capitol?”

Dornink said some issues from this election will deal with agriculture, business, health care and political games. He said he understands farming issues having been raised in a farm family, and he promised to bring the know-how of running his own business.

“I understand the concerns and challenges facing the businesses of Minnesota,” he said.

He said his vast background as a carpenter and building relationships through his past work with Mayo Clinic and as an EMT will make a vast experience to draw from.