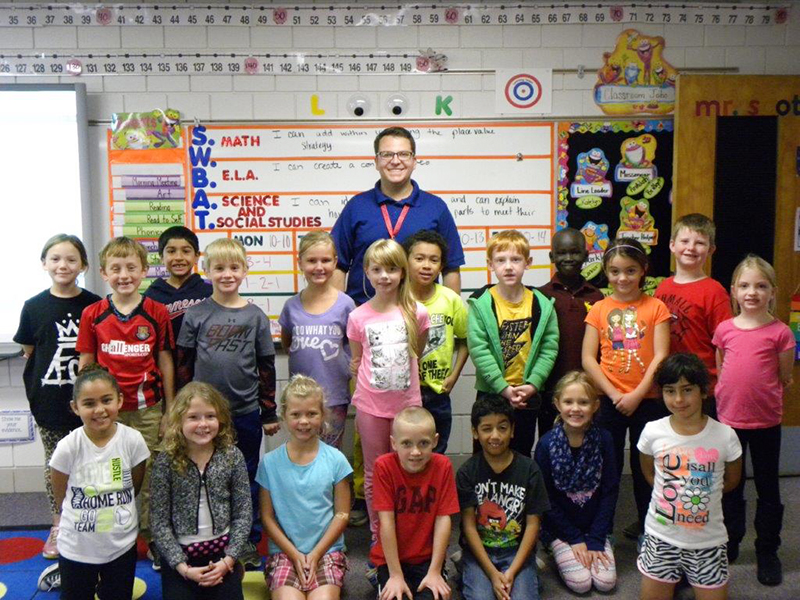 The elementary school spotlight is on Clay Scott’s second-grade class this week. - Provided

In a district that strives on putting the students first, one teacher — Clay Scott — is truly doing so.

He believes the key element in putting students first is getting to know them and creating a community within the classroom.

“One of the most critical parts of creating a community in the classroom is by getting to know the students — what they like and don’t like, who they are as a group — but more importantly, who they are as individuals,” Scott said.

How does he do it? One way he does this is by having a classroom meeting every morning. In this meeting, everyone comes together as a group and greets one and other.

They greet each other in a variety of ways: formal handshakes, high fives, smiles, even different languages.

In addition to greetings, he said there is a time for students to share and connect with one and other — an activity that gets everyone moving, and a message that ties everything together.

Along with morning meetings, Scott has implemented many other procedures that promote positive behavior and teamwork.

“In our room we use many different incentive systems,” he said. “We have everything from a compliment chain (where they get a link each time someone compliments them) to an app called DOJO (where students try to earn points for their avatar). I try to be as proactive as possible. I try to highlight all of the positive choices students make throughout the day, rather than react if some not-so-great choices are made.”

Regardless of the clip charts and “caught ya being good” slips, one thing is clear: the students in “2S” take pride in being in their classroom.

School board hears updates ahead of new school year