Watershed board chairman: ‘It’s time to dredge the lake’ 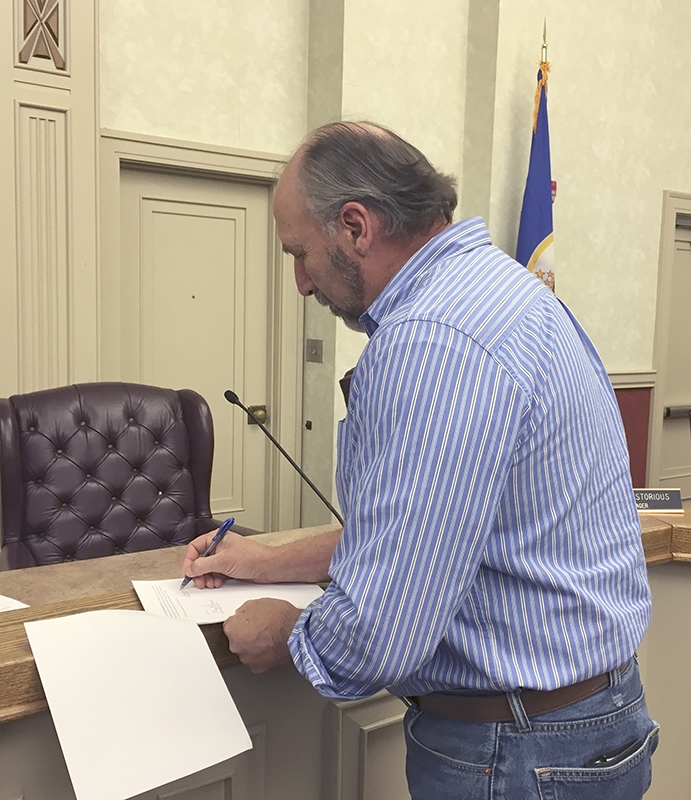 Shell Rock River Watershed District leaders had what they described as a historic meeting last week as they indicated to state agencies that they are ready to proceed with the dredging of Fountain Lake.

The meeting came as the Watershed District’s Board of Managers sent a response to the Minnesota Department of Natural Resources and Minnesota Pollution Control Agency regarding feedback the agencies had about the project through an environmental assessment worksheet. The district’s response states further environmental review through a formal process is not necessary.

The state agencies will next decide whether to move forward with the project permits.

District Administrator Brett Behnke said the board completed a “comprehensive, thoughtful and professional response” to all issues with the project.

One of the key issues was regarding the confined disposal facility that will be used to manage sediment removed from the lake. A CDF is a dewatering site in the dredging process. When dredging takes place, a mixture of water and sediment will be pumped to the disposal facility, and the CDF will settle and siphon off the water. An embankment will go around the perimeter of the CDF.

Director of Field Operations Andy Henschel said four cells will be needed to put the 1.7 million cubic yards of sediment removed from the lake, but presently three cells have been designed and are ready to be built to hold an estimated 1.2 million cubic yards. District officials think the state should sign off on the start of the first three cells so the project doesn’t get held up while plans for the fourth cell are completed.

“The Fountain Lake restoration and dredging project is literally as shovel-ready as you can get — we can start within one week’s notice,” Henschel said. “The MPCA and the DNR now hold the permit keys to whether this project will proceed or whether it will face an unfortunate delay.”

The total project is expected to cost a maximum of $15 million and will be paid for with $7.5 million in state funding and other money raised from a half-percent sales tax.

Plans call for the dredging to begin in Edgewater Bay and move east over a few phases.

“The district is honored to present the Fountain Lake Restoration Project on behalf of the community,” said Dan DeBoer, board chairman, after signing the final determination. “It is time to dredge Fountain Lake.”

The Shell Rock River Watershed District initiated agency outreach meetings in fall 2013 to allow agency representatives the opportunity to be prepared for permitting applications for the dredging project. Since that time, the district has worked in close cooperation with all of its agency partners.

On Aug. 1, the Shell Rock River Watershed District submitted an environmental assessment worksheet to the Environmental Equality board. The worksheet explores all the efforts taken by the district leading up to this point, as well as efforts taking to protect the environment during the dredging process.

The worksheet became available for agency comment on Aug. 8 and remained open until Sept. 7.

On Sept. 7, the Minnesota Department of Natural Resources and the Minnesota Pollution Control Agency provided their comments on the environmental assessment worksheet process.

The agencies had 30 days to respond to the Watershed District’s response. District officials said they feel optimistic that all of the concerns were addressed.

“The district is definitely ready to dredge Fountain Lake and keep making progress,” said Mariah Lynne, consultant for the district. “But right now it’s the permitting agencies that need to give us the OK to proceed”

“We believe that having the community involved in moving the efforts forward by showing support for clean water would really help get this project on the ground.”