With less than 2 weeks to go, local party leaders weigh in on controversies 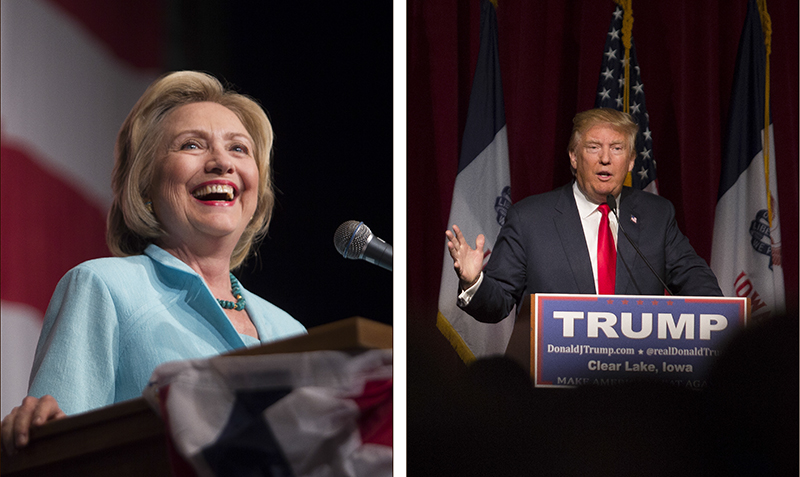 Local GOP officials have mixed reactions to their party’s nominee, Donald Trump, in the wake of recent controversies.

Top party leaders, including House Speaker Paul Ryan, have distanced themselves from Trump in the wake of recorded comments he reportedly  made in 2005 about touching women. The controversy grew earlier this month as women claimed Trump had made inappropriate sexual advances toward them.

Freeborn County GOP Chairman Brian Hensley said he is disappointed that Trump and Clinton  are the country’s two major-party choices.

“Most people are not happy with either candidate,” he said. “To me, this is frustrating that these are the best two candidates our country can put forward.”

Hensley said the party is focusing its attention locally on House and Senate races, adding that there is a lot of excitement locally for Trump’s candidacy because of their frustration with Washington, D.C., and a lack of trust in Clinton.

He said he would not be surprised if either Trump or Clinton win the presidency.

“I underestimated Trump from day one,” he said.

District 27A Rep. Peggy Bennett, R-Albert Lea, said she thinks since Clinton and Trump are flawed candidates, she is focusing on a larger issue.

“Because of that I will look to the second-most important issue to me, which are the candidate’s Supreme Court picks, to guide my voting,” she said. “Those picks will influence the direction of our country for the next 30 to 40 years, so it’s very important.”

Bennett — who is running for re-election against Gary Schindler, DFL-Albert Lea — said she is focusing on state policies that have a day-to-day effect on local residents, such as health care costs, improving infrastructure, tax relief and making college more affordable.

She said while door knocking, she has heard frustration on both national candidates.

Local DFLers support presidential nominee Hillary Clinton, despite controversies that have swirled around her campaign.

Excerpts of paid speeches Clinton has made before her campaign have caused controversy on the campaign trail.

The excerpts included remarks to private audiences, which collectively had paid her at least $26.1 million in speaking fees.

The excerpts were included in emails exchanged among her political staff, including campaign Chairman John Podesta, whose email account was hacked.

Despite the controversies, Clinton has maintained a lead in polls over Republican presidential nominee Donald Trump with less than two weeks until Election Day.

“There is no question, in my opinion, that Hillary Clinton has the best background to be president,” Brown said.

An Iowa state senator from 1979 to 1986, Brown said though many people are frustrated with both candidates, he is impressed with Clinton’s track record of getting things done.

“She worked across party lines and got things done,” he said.

Brown said Clinton’s tax plan would reduce the federal deficit, while Trump’s would increase the deficit, and he acknowledged Clinton’s use of a private email server to send classified information.

“She has never been charged with a crime, ever,” he said.

Brown is confident Clinton will win the presidency, and he expects her to receive 350 electoral votes.

Brown —  who supported former Maryland Gov. Martin O’Malley and Vermont Sen. Bernie Sanders in the Democratic primary —  said he expects Clinton will work better with Speaker of the House Paul Ryan, R-Wisconsin, than Trump would.

Candidate for District 27A Rep. Gary Schindler said Clinton’s resume qualifies her for the presidency.

Schindler, DFL-Albert Lea, said though Clinton could have handled the email controversy by disclosing information more quickly, the emails and information leaked by WikiLeaks contained no major secrets.