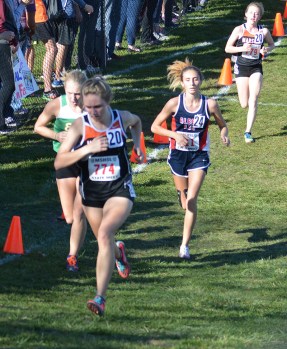 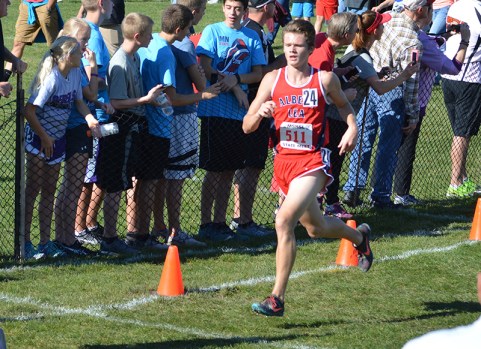 In her previous three appearances at the Class A state meet, Stevermer finished 14th, seventh and 21st. Consistency is what has got her to this point, so when she finished 20th Saturday, it didn’t come as a surprise.

Tierney Wolfgram of the Math and Science Academy blew past the field and finished with a time of 18:23.6. Second-place finisher Marissa Whitehead of Martin County West/Martin Luther had a time of 19:08.6.

After making his first state appearance as a freshman in 2015, Goodell returned to the state tournament and looked to improve on his 91st-place finish from a year ago.

Despite the finish, Albert Lea coach Jim Haney highlighted all the good things Goodell contributed to the team this season.

“(Carson) has demonstrated leadership all season long, as I had asked him to take on the pressure of being our No. 1 runner,” Haney said. “He accepted these challenges, and I am proud of his efforts all season. He consistently finished inside the top 10 in the season races, and he improved every race.”

In her first state appearance, Muilenburg, a junior, put on a good show and finished in 82nd place out of 176 runners with a time of 20:14.6. She finished in the top half of the pack on the state’s biggest stage, which made Haney pretty proud.

“(Autumn) did really well,” said Haney. “After the first mile, she was back in 118th place, but was in 102nd place by the second mile. She has had a great kick all season and she really pushed herself on the final mile, passing 20 runners in the process.”

She didn’t only show that kind of effort and determination at the state meet, though.

“She did a wonderful job all season,” said Haney. “She did not back down from any challenges the coaching staff threw at her. She always stepped up to the plate.”

Anna Fenske, an eighth-grader out of Farmington, won the Class 2A meet with a time of 17:41.5.