A lesson in healthy cooking 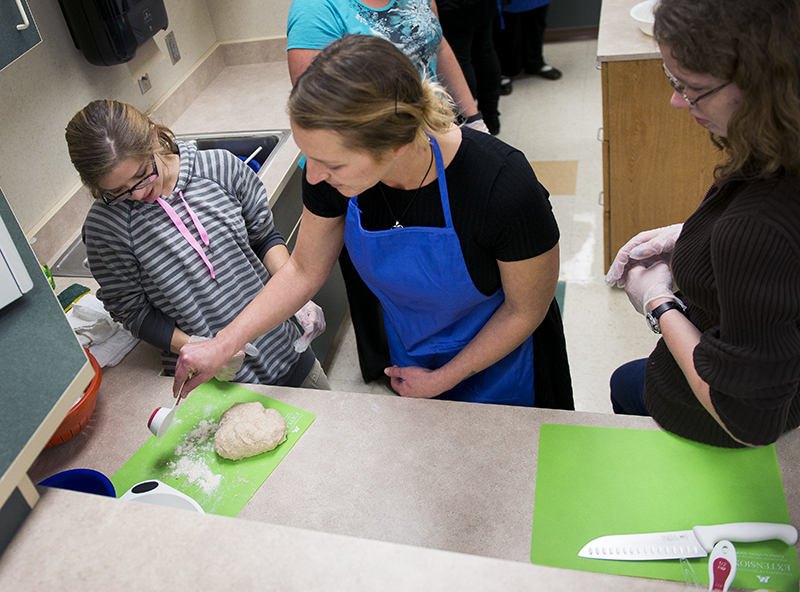 Classes teach food prep, how to make the most of your budget

A multi-session course through the University of Minnesota Extension is seeking to educate members of the community on how to eat healthy on a limited budget.

The course, which reaches out to lower-income residents, was held for the first time in Freeborn County over the last six weeks and concluded Tuesday evening in the family and consumer sciences room at Albert Lea High School. 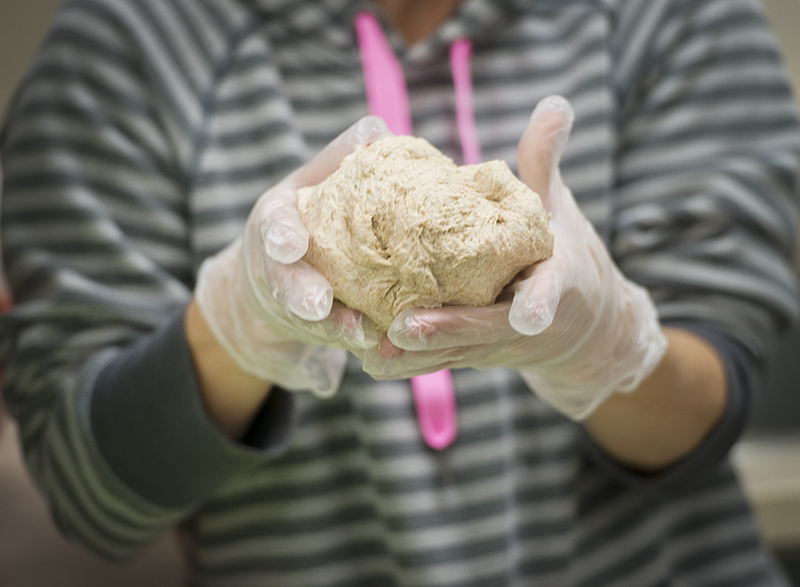 June Sorensen of the University of Minnesota Extension in Freeborn and Faribault counties partnered with SHIP, WIC and Head Start to have a series of cooking classes in Albert Lea. WIC and Head Start parents are encouraged to sign up for the classes. – Colleen Harrison/Albert Lea Tribune

June Sorensen, a Supplemental Nutrition Assistance Program Education educator through the extension office, said she partnered with the Statewide Health Improvement Program; Women, Infants and Children; and Head Start for the classes.

Parents were invited to sign up for the class through WIC and Head Start, and eight people participated. Sorensen said classes met for two hours each week.

The classes each week consisted of an icebreaker for the participants, followed by a cooking demonstration by Albert Lea Head Start cook Carrie Kirsch. After Kirsch’s demonstration, Sorensen led a discussion about nutrition, and then the participants broke off into groups to try out a new recipe. At the end of the class, they shared a meal together based off of what they created that night and discussed how the food turned out.

“It’s so much fun, and the participants get to know each other,” Sorensen said. 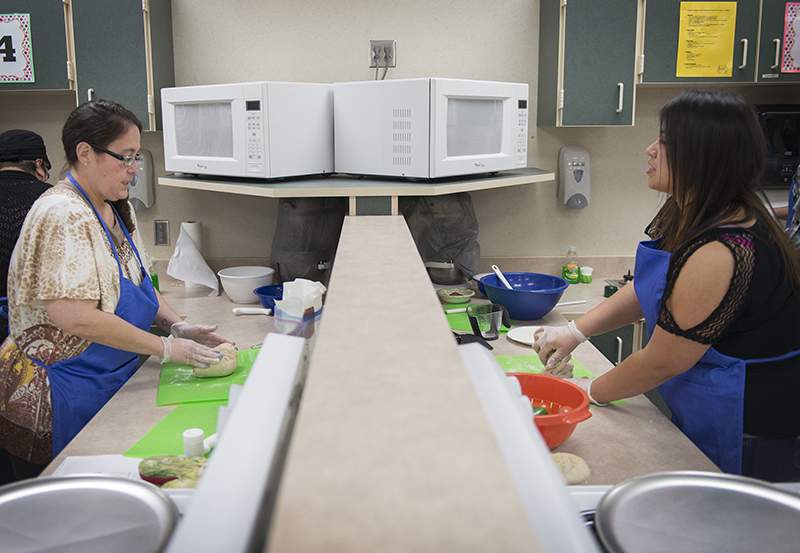 As a part of the cooking program, class participants break into kitchens and make the meal discussed at the beginning of class. They then sit down family style to eat and critique the recipe. The participants then get take home groceries to recreate the main entree at home. – Colleen Harrison/Albert Lea Tribune

Sorensen said participants learned about numerous topics, including how to read nutrition labels, how to stretch their food budget, how children can help in the kitchen, among several others.

On the fifth week of the class, they went on a guided tour of a local grocery store.

One participant, Kmwe Win, 17, who is originally from Thailand, said she learned to read labels, make healthy choices and cook American food — something she was not used to doing.

Win said her favorite recipe they made in the class was Waldorf salad.

Another participant, Kelsey Martinez, said he decided to take the class after a friend signed him up. He was interested by the fact that the class was free, and he has always liked cooking.

“I learned a lot not only about cooking healthy, but shopping healthy,” Martinez said.

He said the best part about the class was being able to meet weekly. He has already made some of the dishes — including salmon — that they learned to make for his friends. He was excited to try the pizza being made Tuesday night.

Sorensen said she would interested in having additional local classes if other agencies or businesses would be interested in sponsoring. At least half of the participants need to meet income guidelines.

Cooking Matters is part of a national partnership with Share Our Strength, a national nonprofit leading the fight against hunger. The organization seeks to make sure that every child in America gets the nutritious food he or she needs to learn, grow and thrive.