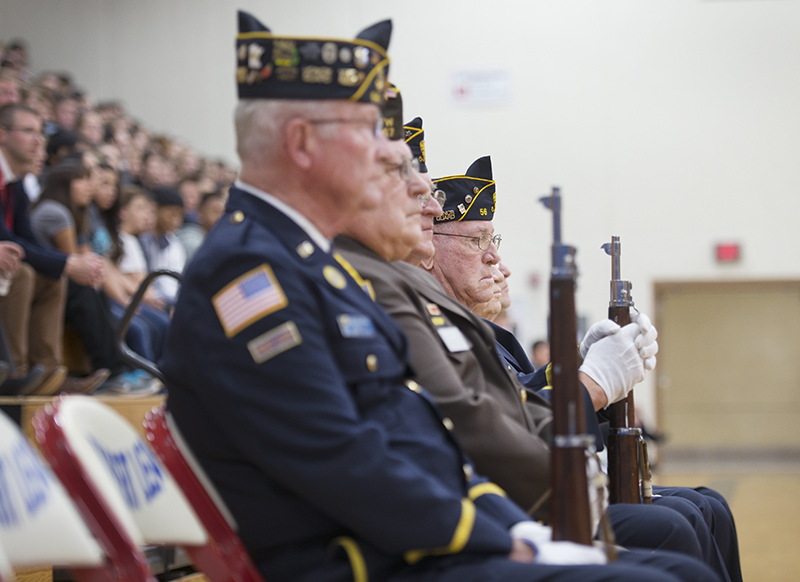 Albert Lea High School students and staff honored the sacrifices soldiers have made Thursday in an all-school assembly.

The high school band and choir performed patriotic songs that honored branches of the U.S. military in a performance to commemorate Veterans Day.

Students Jack Buendorf and Lydia Boorsma emceed the event and gave an overview of the history of Veterans Day.

Students Sam Ehrhardt and Alana Skarstad read accounts from a soldier and a combat nurse who experienced the horrors of war. Accounts of a mother who lost family members in service and an address from Colin Powell were given. 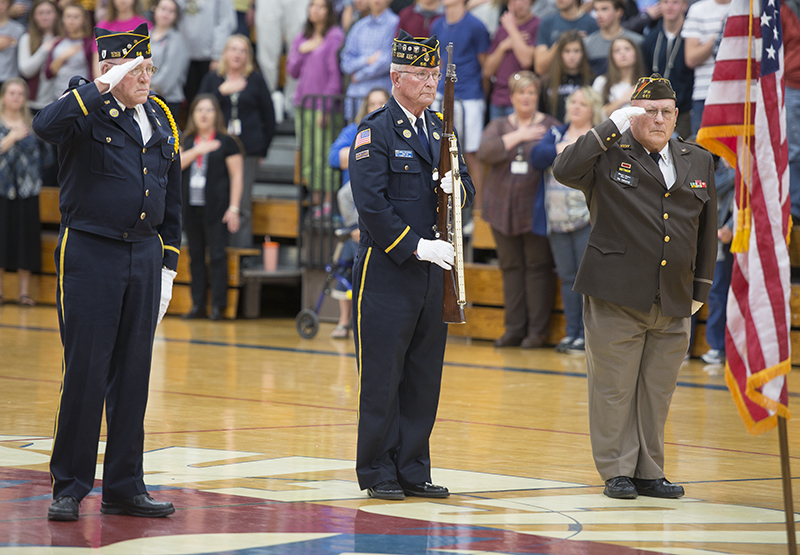 “That’s cool that our school does this,” Braun said, adding that it was interesting to see people she knows who had served.

“I thought it was awesome … our school takes the time to honor these people,” Alm-Musel said. “It was put together very nicely.”

Principal Mark Grossklaus said the high school appreciates the service and sacrifices Albert Lea natives who have served in the military have made.

“We just appreciate them coming back and letting us honor them, and I think it means a lot to students and staff to see them,” he said.

Grossklaus said soldiers have allowed the country to be free.

“If it wasn’t for the sacrifices they have made, just everyday things we take for common wouldn’t happen,” he said. “We just had an election, and we will have a peaceful transition due to the people who are willing to serve and protect our country.”