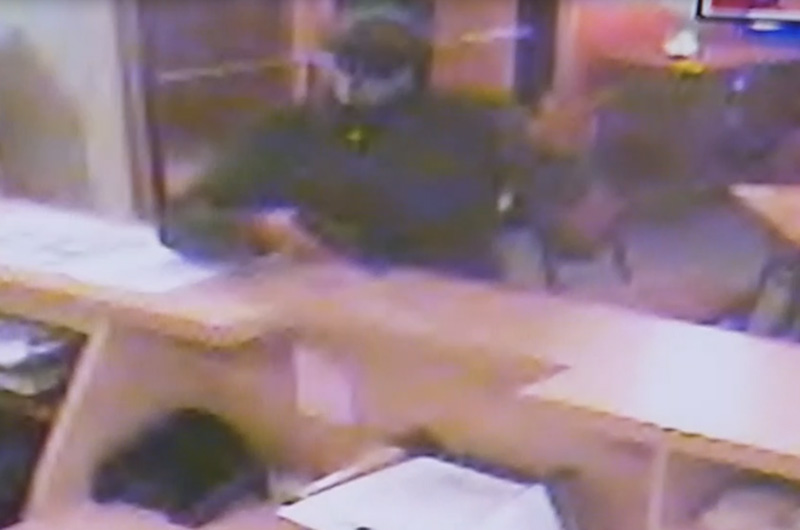 The Albert Lea Police Department released photos of the suspect in an armed robbery at America's Best Value Inn. — Provided

Albert Lea police are looking for a suspect after a robbery at gunpoint was reported early this morning at America’s Best Value Inn.

According to police logs, the suspect is described as a white man in his 20s. He is described as being approximately 6 feet tall with a thin build and brown eyes. He reportedly was wearing a dark green shirt with a small logo over his left breast and he was wearing a baseball hat. His face was covered with a black bandanna with white markings on the front of it.

Police stated that the suspect pointed a handgun at staff. The robbery in progress was reported at 1:12 a.m. 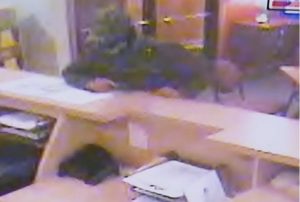 One of two photos released of the alleged robber of America’s Best Value Inn. Provided

The suspect was reportedly able to get away with $220 of money out of a drawer. The hotel has surveillance cameras.

Logs state that the hotel had about 10 rooms occupied at the time of the incident. Following the incident, the suspect reportedly took off toward the rooms, and a worker at the hotel was able to leave the hotel and report the incident at Casey’s General Store.

Upon arriving, the Albert Lea Police Department and Freeborn County Sheriff’s Office reportedly established a perimeter and searched the hotel.