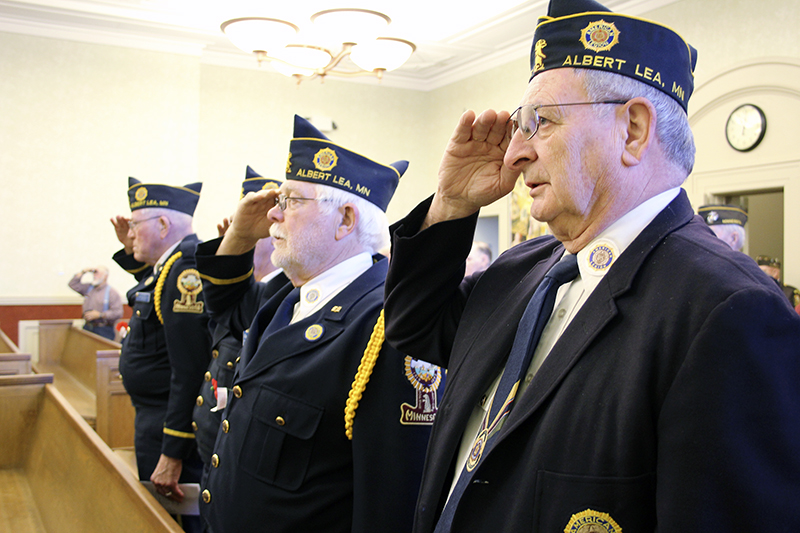 The local commander of the Veterans of Foreign Wars on Friday encouraged people to honor all the veterans who served their country and those who continue to serve.

Previously known in the United States as Armistice Day, the U.S. holiday was renamed Veterans Day in 1954. The day is meant to recognize the service of all U.S. military veterans, while Memorial Day honors those who paid the ultimate sacrifice while in military service.

Tovar, who served in the Vietnam War, said for every soldier who has died in war, 10 more were severely injured. 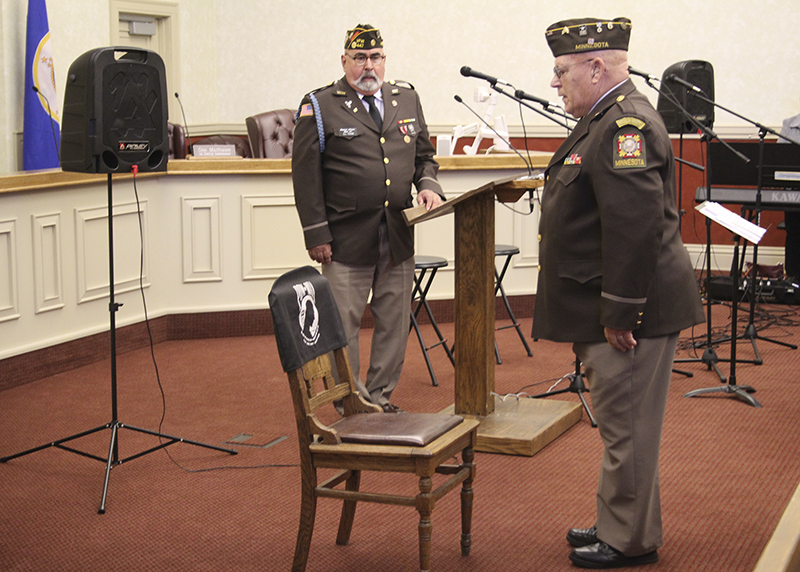 Tim Donahue, right, leads the audience in a moment of silence for soldiers who were prisoners of war or missing in action during the Veterans Day ceremony Friday at the Freeborn County courthouse. – Sarah Stultz/Albert Lea Tribune

Veterans return home and have the opportunity to take part in service clubs — including the American Legion, VFW and Disabled American Veterans — that provide programs to veterans.

Tovar said he is proud of the heart and focus of veterans and he encouraged people to remember the promises made to the nation’s veterans. People can honor veterans by telling how military service impacted their lives, he said.

Tovar said he is proud to be an American.

In addition to Tovar’s remarks, the Careyaires performed a few musical selections.

Following the ceremony, veterans gathered at the American Legion for lunch. A separate ceremony was earlier in the day at Southwest Middle School, and Hy-Vee also offered its yearly breakfast for veterans.