The Anoka County Sheriff’s Office and Blaine Police Department are requesting the public’s assistance in locating a missing/endangered child. Cristal Marie Oliva-Aguilar, 5, is in the company of Nelson Geovanny Soto-Lopez. Soto-Lopez is being sought for questioning in the death of a toddler in the city of Blaine this morning. Both were last seen on foot leaving an address in Arden Hills. If you think you have seen the pair or know where they might be, contact the Anoka County Sheriff’s Office at 763-427-1212 or dial 911. 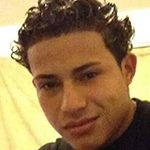 An Amber alert has not been issued as there is no vehicle description.

According to a press release, officers of the Blaine Police Department were dispatched to the Blaine Medical Center at 11855 Ulysses Street NE in Blaine on an unresponsive 21-month old male child. Life-saving efforts were administered by Blaine Police Department officers, Allina Ambulance personnel and medical staff but the child was declared deceased at the scene. The child’s mother was also at the scene and is cooperating with the investigation. The investigation is focused on an apartment in the 1500 block of 87th Avenue NE, in Blaine.

A suspect sought in connection with the death is identified as Soto-Lopez, born Dec. 6, 1991. He is a Hispanic male, last seen wearing a black T shirt and jeans.

All of the vehicles Soto-Lopez had access to have been accounted for so the Sheriff’s office have no specific vehicle description. Soto-Lopez is believed to have Olivia-Agular in his custody. He is not the father of the child or a relative. The child was last seen wearing a brown and black jacket with purple pants and brown shoes.

There are grave safety concerns for the 5-year-old that has been seen with Soto-Lopez. There is information to suggest he may be attempting to leave the twin cities metro area.