Guest Column: Are you an undecided voter? Consider these points

Obama promised to fundamentally transform America and has accomplished what he set out to do. Therefore, I offer some thoughts for undecided voters to ponder before this important election. Realistically, there are only two candidates with a voter base to win, Hillary Clinton and Donald Trump. 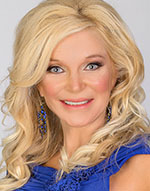 Which candidate is trustworthy? I would trust as commander in chief one who has been blatant and brash over a proven liar. FBI Director Comey confirmed Clinton lied multiple times under oath. Moreover, despite major issues exposed by the FBI investigation and the subsequent release of WikiLeaks emails, there has been little discussion in mainstream media.

What about background? While America has had some scandal-ridden candidates in its history, I think there has never been a major party candidate more scandalous than the Clintons. Likewise, stealing the White House china, such a small yet powerful act, and stealing the party nomination away from Sanders, speaks volumes about what I believe is Clinton’s deceitful character.

Who are their friends? Mr. Trump has surrounded himself with good, moral America-loving people. Yet when I look at Clinton, I see the likes of George Soros, the anti-American globalist. Then there’s Saul Alinsky, who wrote “Rules for Radicals” (acknowledging Lucifer, as the first radical), and who she calls her hero and mentor.

Consider our Supreme Court justices. Trump has provided his list of 11 potential conservatives who will uphold the Constitution. Clinton will appoint justices who will destroy our freedoms. Trump is pro-life.Clinton supports abortions through the ninth month. Trump will defend our nation. Clinton has taken hundreds of millions of dollars from foreign countries and operates via “pay for play.” (Again, little media exposure.) This is as serious an issue as her treasonous handling of our nation’s secrets.

How will a conservative versus liberal government affect your future? Trump puts America first and opposes globalism; Clinton thrives on globalism and champions a one world order. Trump is a patriot who respects our Constitution and Bill of Rights. Have you noticed that laws don’t apply to certain people in government? This isn’t just the Obama administration, it will continue under Clinton.

In the last presidential debate, Clinton carelessly revealed the four-minute nuclear response time. Dan Maguire, strategic planner with Africom (46 years combined service) stated, “… anything having to do with response capability is generally classified,” and that “She (Clinton) has a tendency to use previous access and her position as secretary (of state) to give an appearance of knowledge to show she has answers, rather than protect the information.”  I personally find that assessment of a potential commander in chief unnerving.

Is everything fine in America? Clinton thinks so. This defies every opposing fact. Trump understands that America is in moral, economic, military and spiritual decline. Measurable indicators reveal that America is no longer the world’s leading power. As expressed in their rally speeches, it’s clear that Trump understands the need to protect our political, economic and religious freedoms; Clinton will decimate all three.

Trump will address massive government spending. Clinton will increase our current debt of almost $20 trillion. Trump vows to expose the deceitful misuse of capitalism that reigns among many high-dollar lobbyists. Clinton thrives because of them. Trump will stop the massive overreach of government. Clinton will extend it.

Mainstream media is engaged with the Democratic Party to protect Clinton. They avoid any talk about her probable criminal offenses and have made what Trump says seem far more important than what Clinton has done. The Clinton improprieties that are covered up by mainstream media are astounding. Protesters have come forward to admit they were paid by Clinton supporters to incite riots at Trump rallies, resulting in people being physically hurt and creating chaos in our country. Yet mainstream media continually manufactures Trump “drama” to distract Americans from the real issue of this election, their platform.

These candidates have two very different partisan platforms. The 51-page Democratic platform has never been more liberal; and doesn’t even resemble their original party. In contrast, the 54-page GOP platform remains a strong conservative platform. If you are undecided, research what each party advocates — don’t depend on debate take away. There are too many differences to cite here. If you aren’t drawn to either candidate, consider voting for the party platform with which you identify.

Did you know that roughly 3 million conservative voters didn’t vote for Romney in 2012, and it cost us the election that has taken our nation down. If you could never vote for Clinton, but are having trouble voting for Trump/Pence, why not consider voting the conservative platform for the first (four-year) term. If you don’t like the progress, vote them out. Conversely, if Clinton wins, she will continue Obama’s legacy, resulting in the end of America as we know it.