Memorial services for Billy L. Johnson of Ellendale will be at 1:30 p.m. Thursday at LeSueur River Lutheran Church in rural New Richland. The Rev. Brian Gegel will officiate. Interment will be in Geneva Cemetery. Military honors will be accorded. Visitation will be from 4 to 7 p.m. Wednesday at Bonnerup Funeral Service in Ellendale and one hour before the service at the church. 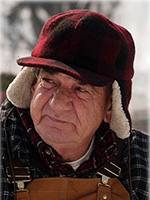 Billy was born on Nov. 6, 1941, in Chautauqua, Kansas, the son of Howard and Norma (Loy) Johnson. After graduating from high school, Billy served our country in the United States Navy.

He married Karen Hojberg on June 6, 1965, in Rawlins, Wyoming. Shortly after their marriage they made their home in Minnesota and lived in the Ellendale/Geneva area.

Billy had worked on the oils rigs in Wyoming, Queens in Albert Lea, Anderson Grocery in Owatonna, Chicago Northwestern Railroad, first as a brakeman and later as a conductor and Geneva Meats.

He participated in several sports in his younger years and enjoyed following all Minnesota teams. He was an avid fisherman, gardener, card player and storyteller.

He was preceded in death by his wife, Karen; his parents; his father-in-law and mother-in-law Kenneth and Gunhild Hojberg; granddaughter, Cheyenne Johnson; brothers Charles and John Johnson.