Editorial: A small piece of advice for Blair Walsh

The game is called football, yet the leather-bound and laced prolate spheroid used in the sport is primarily moved up and down the gridiron using hands. It’s passed. It’s caught. It’s carried.

Sometimes, it just bounces and wobbles around on the ground and players throw their bodies on it. And there are players who never, or hardly ever, get to touch the ball. They just block for the ones with it.

But there are times during the game when the ball does come in contact with its namesake — the foot.

Generally, the players whose feet don’t come into contact with the ball tend to downplay the importance of the players whose feet indeed do touch the ball. For example, it’s a much harder road for kickers and punters to reach the Pro Football Hall of Fame than pretty much all the other positions. Even when kicker Tom Dempsey hit a 63-yarder that stood as the NFL record for three decades, many players, coaches and executives made fun of the guy for his misshapen foot, rather than laud the accomplishment.

And for years, there was debate as to whether kickers were athletes. We recall a time when players-turned-TV-talking-heads would rip on them on air, saying something like: “I know as a player it really ticked me off to do all the grunt work to move the ball all the way down the field just to have some kicker miss a chip shot. We do all the work, and these guys just screw it up.”

It’s funny, though, that all the people who don’t care much for kickers suddenly change their tune when kickers struggle. They remember that kickers are quite necessary to score when all those brawny types can’t get the ball into the end zone. The all-time scoring leaders for the NFL, by far, are kickers.

But despite the caveman culture inside the pro level of the game, in general, fans of football seem to appreciate kickers and punters more than anyone. They know it’s not easy to pound a 14-ounces object 150 feet or more with your leg through two upright posts 18 feet 6 inches apart. It takes repetition, repetition, repetition, perfect form, foot-eye coordination (which most Americans seem to lack) and — to do it in front of tens of thousands of screaming fans — ice-cold veins. To us, kicking field goals seems a whole lot more difficult than using God-given muscles, strength and conditioning and a high-carb diet simply to block opponents at the line of scrimmage.

Blair Walsh, the kicker for the Minnesota Vikings, has been struggling. Many people — us included — believe he hasn’t got over his 27-yard miss in the playoffs against Seattle last season.

We aren’t experts. We aren’t kickers. We aren’t special teams coaches. We aren’t going to be like those ex-player knuckleheads who think kickers are not part of the team. However, we do participate in sports ourselves and will make one humble suggestion, from small-time amateurs to a big-time professional:

Slow down, Blair. You seem to rush your kicks when you are nervous. 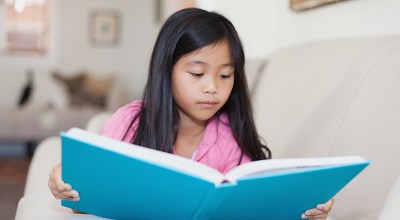 Editorial Roundup: A vacation from reading shouldn’t be part of  summer

Al Batt: The Cubs weren’t the only winners last…