Guest Column: How is ALEDA funded? What does it do?

Ryan Nolander is the executive director of the Albert Lea Economic Development Agency.

With it being election season, where all the candidates like to talk about job creation and increasing tax base, I thought it would be a good time to provide a reminder of what ALEDA is, how we are structured, how we are funded and what we do. 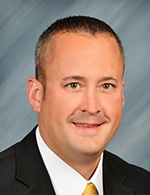 The Albert Lea Economic Development Agency is the doing business name for the two local economic development entities: the Albert Lea Port Authority and Greater Jobs Inc. These separate organizations were consolidated under this name in 2003 to function more seamlessly and utilize each other’s strengths.

Jobs Inc. was started in 1943 by local businessmen. It was created in response to the economic problems that might occur when the war ended due to a fear of increased unemployment nationwide. In 1975 a new corporation was formed by Jobs Inc. called the Albert Lea Industrial Development Corporation. Due to the similarity of both organizations, the entities were restructured and renamed Greater Jobs Incorporated. As for where it can operate, Greater Jobs Inc. can function anywhere within Freeborn County and southern Minnesota.

A subsidiary of Greater Jobs Inc. is the Albert Lea Business Development Center. This is a business incubator that helps entrepreneurs and small businesses launch their new businesses in quality space outside of their home, garage, etc. Besides having quality space, there are SCORE and SBDC consulting services available at no cost for anyone to utilize.

The Port Authority is a political subdivision of the state of Minnesota and was created in 1987 to receive the same benefits as port authorities located in actual port cities in Minnesota. The port is not considered a department of the city, nor is the city liable for the port’s obligations. The reason this separation of the port and the city is important is because it allows the port to take on significant development activity on behalf of the city without requiring the city to be liable for those development activities. An example of this is the ALEDA Industrial Park, which was paid for in cash by the Port Authority and was not a burden on the local taxpayer.  The Port Authority is able to operate within the city limits of Albert Lea.

ALEDA is a self-funded organization, relying on income from rentals, sales, investments, memberships and good asset management. ALEDA does not rely on city or county funding for their operation, nor does it use its taxing authority to meet obligations. This makes ALEDA a unique model compared to other cities and counties, especially those in Greater Minnesota. Not only is ALEDA not a burden on the taxpayers, it also pays property taxes. In 2016, ALEDA properties paid over $250,000 in property taxes and assessments.

Besides bare land for development, ALEDA also owns buildings. ALEDA’s buildings provide the community with a total of 230,000 square feet of industrial space, with over 92 percent of this space currently leased, including the most recently built 62,500 square foot “spec” building along Margaretha in the ALEDA Industrial Park.

In recent years, ALEDA has assisted over two dozen businesses with over $1.2 million in gap financing loans to expand, change ownership or start a new business. ALEDA has also helped to process city loans for businesses and has been involved in multiple tax increment financing and tax abatement projects, which has added jobs and tax revenue for the city and county.

Besides real estate management, helping with gap financing and TIF/abatement processing, ALEDA works on many more economic development items.  ALEDA markets and responds to new business projects, works with the local existing businesses on ways to expand and grow their operations, provides programming for our local entrepreneurs and works as a liaison to assist any business with issues they might be facing that they need assistance with.

Today, ALEDA serves as the mechanism where the city, county and the private sector work together to improve the economic environment in Albert Lea and Freeborn County.  The mission remains, “To provide and promote services and resources to retain, expand, create and attract businesses, increase tax base and create quality employment opportunities in Freeborn County.”

Until next time, remember that we are all in this together.