Guest Column: Why we walked away from the GOP leadership

Frank Ludwig was co-chairman of the Houston County Republican Party from July 2013 to August 2016. 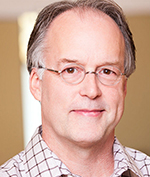 Ken Cobb was chairman of the Beltrami County Republican Party from March 2009 to June 2016.

Dave Thul was co-chairman of the Steele County Republican Party from May 2008 to May 2016.

We quit. Earlier this year, right in the middle of the presidential election, we walked away from our local leadership roles in the Republican Party.

None of us wanted to resign. All three of us wanted to see our excellent local and regional candidates across the finish line in November. But none of us could conscientiously support our party’s presidential nominee.

Others in our party tried to change our minds, arguing that while all or some of our concerns regarding Trump might be justified, at the end of the day our vote for president should be determined by 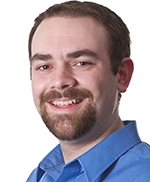 calculating which candidate is less unworthy than the other. However, we could not avoid the conclusion that for America to continue as a great nation, there must be a minimum standard which makes a candidate worthy of our vote. The solution to eight years of a Democrat president’s Constitutional overreach and abuse of power is not to replace him with an unstable Republican who promises to follow his lead.

And so we found ourselves with no choice but to look beyond our own party for a presidential candidate worthy of our support.

Until this summer, Evan McMullin had absolutely no ambitions of running for President. But he, like us, surveyed the options for president and saw two people utterly unfit to lead our great nation. Evan waited for a well-known politician to come forward as an alternative. When no one did, Evan decided that he had to step up and lead.

Evan McMullin exhibits the strengths which are sorely lacking in both Trump and Hillary. He believes in personal responsibility, respect for the dignity of others and freedom. McMullin has served and defended our country with honor. Although a young 40 years of age, he has the foreign and domestic policy experience necessary to move our country forward. McMullin holds a basic moral compass and stands up for conservative principles. And McMullin believes that it is time for a new generation of American leadership to step forward at this time when our current

leaders have failed us.

Many say that any vote cast for someone other than Trump or Hillary is a wasted vote. However, we reply that exactly the opposite is true. Absent a miracle, Hillary will win Minnesota, and nothing you can do with your vote will change it. So we would suggest that the only way to make your vote meaningful is to use it for the higher purpose of supporting a worthy candidate.

While the liberal establishment may try to lump all Republicans with Trump, we know better. If you have met one or more of our candidates, then it’s safe to say that you know better as well.

It was not easy for the three of us to resign from our positions as county chairs in the Grand Old Party. We joined the party and became leaders to do our part in rekindling American greatness and promoting the conservative principles which we hold dear. We enjoyed the labor of love in which we were engaged. But the same reasons which called us to accept the mantle of leadership also required of us to relinquish it.

And so we ask you to join us. Join us in voting for the one presidential candidate worthy of your vote, the only conservative choice, Evan McMullin. And join us in continuing down the ballot and voting for our Republican candidates. Join us in casting votes for men and women of which Minnesota can be proud.