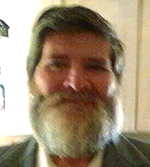 Herman worked for over 25 years at Albert Lea Seed House, where he enjoyed working with the owners of the company, Mac, Tom and George Ehrhardt. From there, he spent a number of years working at the Nasty Habit and the American Legion. He had recently discovered a love for volunteering with The Salvation Army.

Herman had many interests and hobbies. He loved fishing, walking, wrestling and watching his favorite football team, the Minnesota Vikings. He also loved listening to Mexican music, visiting with family and friends, as well as spending time with his brother, Raymond. Herman loved being outdoors, he enjoyed the simplicity of yard work, planting flowers and even helping with daily chores around the house. Herman lived with his niece, Monica, for the past nine years. He found great joy and pride in helping Monica and her two children, Cheyenne and Addie, as well as his great-great-niece, Renesmae.

He was willing to help at the drop of a hat with whatever needed to be done. Herman never said no to anyone. He was there to lend a sympathetic ear, smile, handshake or even a hug; unless it came to cooking — that was one art form he did not master!

Herman will be greatly missed by all that knew him, his brothers Alvin (girlfriend, Janie), Raymond and Robert (Anna); sisters Marylou and Rosie (Richard); children, David (Heather) and daughter, Angela; along with six grandchildren and many nieces, nephews, great-nieces and nephews as well as many friends.

He was preceded in death by his parents, Sotero and Florence Hernandez; brothers Patrick and Sotero Jr.; twin sister, Theresa; nephew, Kevin; great-niece, Cindy; great-nephew, Garren; and his maternal and paternal grandparents.

This obituary was thoughtfully written by Herman’s son, David.