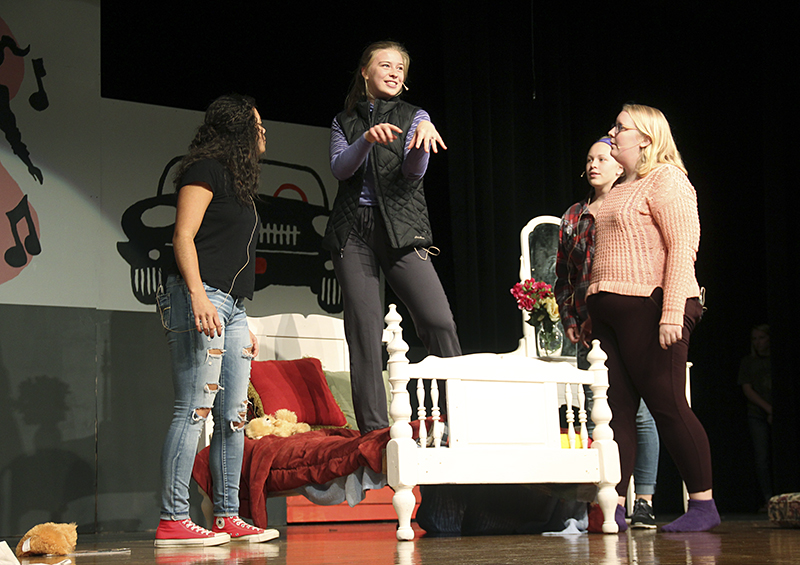 A popular production is coming to the Albert Lea High School stage this week.

Co-directed by Lilah Aas and Diane Heaney, students will perform “Grease” at 7 p.m. Nov. 17 through Nov. 19 in the school auditorium.

Aas, who directed the same musical with her husband in 1988, said practices began at the end of September, and 50 students have been a part of the production — 48 of whom will be on stage. 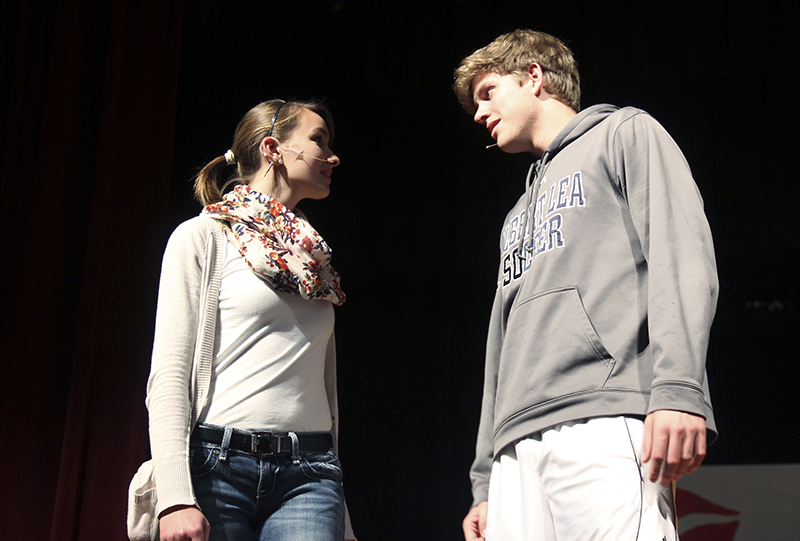 Justine Nelson and Sam Ehrhardt act out a scene as Sandy Dumbrowski and Danny Zuko for the upcoming presentation of “Grease” at Albert Lea High School. – Sarah Stultz/Albert Lea Tribune

Aas said the musical is fast-paced and is a lot of fun, both for the student actors and the audience.

It includes a similar storyline as the movie with the same title, though there are some differences, she said. Some of the characters have different singing roles than presented in the movie version, which allows for more of the actors to have solos.

“’Grease’ is just a really fun musical to do,” said senior Justine Nelson, who plays Sandy Dumbrowski. “It’s fun to see kids you know transform themselves.”

Some of the others playing in the musical are Sam Ehrhardt as Dannny Zuko, Heather Wirkus as Betty Rizzo, Jack Buendorf as Kenicke and Liana Schallock as Frenchy, to name a few. See the cast list with this article for the full listing. 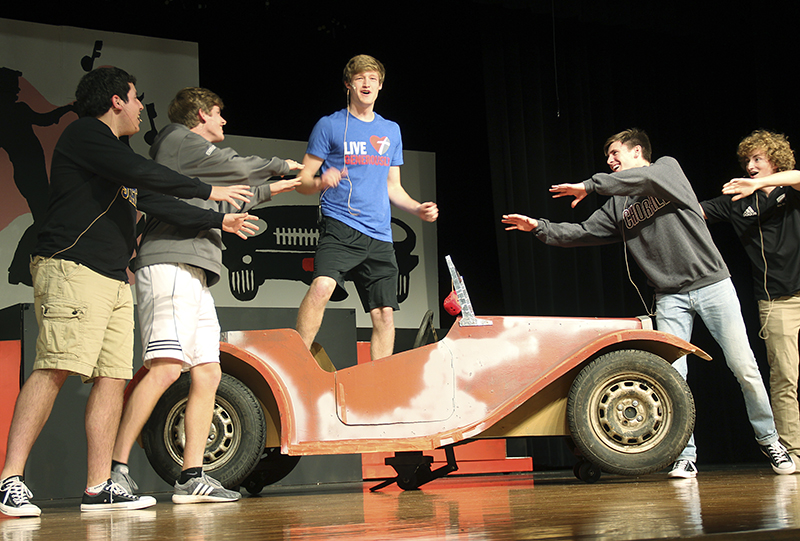 Aas said the musical is expected to be about two hours with an intermission.

Cost is $7 for adults and $5 for seniors and students. Tickets are available at the door or at the Albert Lea Convention and Visitors Bureau.

Nelson said students hope to have a full house each night of the performances.

How much: $7 for adults and $5 for seniors and students, purchased at the Albert Lea CVB and at the door