Larry Gene “Oz” Aase, 73, of Albert Lea passed away the morning of Monday, Oct. 31, 2016, at Good Samaritan Society of Albert Lea, where he had been a resident since Sept. 8.

Larry was born March 18, 1943, at Naeve Hospital in Albert Lea. He was the son of Gladys Volpa of Fresno, California; and Sigrurd and Evelyn Aase of Albert Lea. 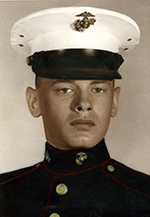 Larry grew up and attended school in Albert Lea. At the age of 17, he enlisted in the United States Marine Corps. He served from 1961 to 1964, achieving expert marksmanship. He was very proud to have served his country and to be a United States Marine.

Larry married his childhood love, Sharon Voshell, in 1963. To this marriage two daughters were born, Lisa Alcala and Lori Aase, both of Albert Lea.

After returning home from the service, Larry and Sharon made their home in Albert Lea. He worked at various jobs over the years, including Streater, Naeve Hospital and DC Sales. He was also a janitor at different establishments, including the Veterans of Foreign Wars.

In his younger years Larry enjoyed camping and fishing with family and friends and going for early morning walks. Larry and Sharon did a lot of road tripping together; a favorite place of theirs was Lake City. In more recent years, Larry was an avid reader and always a collector of stuff. He was always sharp and had a crazy sense of humor. He loved all animals, especially his cats. He enjoyed watching “Jeopardy!” and being on his computer watching the History Channel.

Larry’s health started to deteriorate in 2008. With everything that went on, he remained strong and positive until the very end. 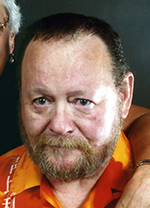 He was preceded in death by his parents, Gladys Volpa and Sigurd and Evelyn Aase; sister, Carole Lohman;  and in-laws Jim and Doris Voshell.

As per Larry’s wishes, he has donated his body to medical research at the University of Minnesota.

There will be a celebration to honor his memory from 1 to 4 p.m. Nov. 19 at the American Legion in Albert Lea.

“Gone but not forgotten, forever in our hearts,” his family said.

After the return of his cremated remains, the family will have a private graveside ceremony with military honors.