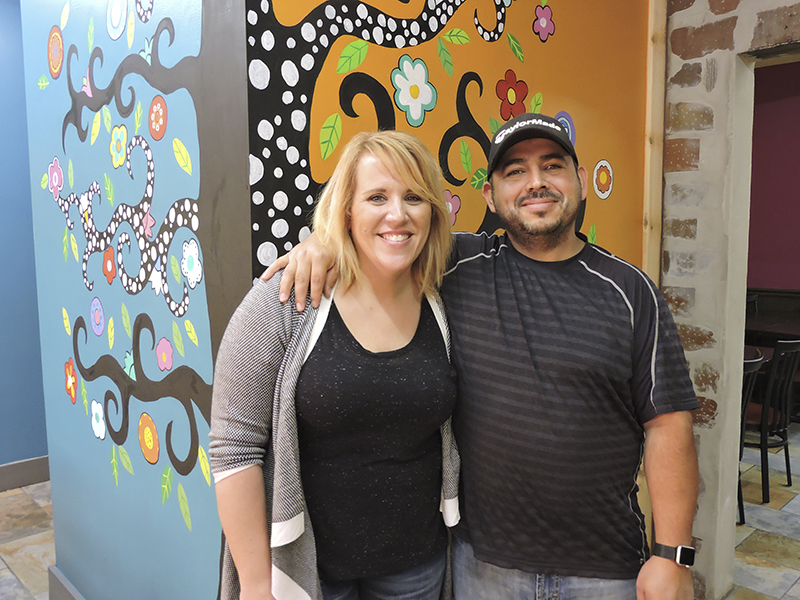 Manuel and Shawna Ramirez work full time at Tequila’s and employ 12 to 15 staff members, many of which are local teens. - Kelly Wassenberg/Albert Lea Tribune

NORTHWOOD — At 17, Manuel Ramirez immigrated from Mexico in hopes of finding a better life. His journey eventually led him to Northwood, where he opened Tequila’s Mexican Bar & Grill with his wife, Shawna Ramirez, six years ago.

Manuel Ramirez worked in the restaurant industry and Shawna Ramirez was a manager at a hotel in Algona when they first started scouting properties in the surrounding area.

The couple said Northwood provided them with a perfect opportunity. They were able to purchase a former restaurant at 846 Central Ave. within their budget and had money to spare to start making renovations.

The process to open the restaurant was filled with hardships, both personally and professionally. The extensive remodelling needed to be done as a result of a leaking roof that damaged a considerable amount of the interior of the restaurant, as well. The couple’s budget was depleted three months into the project. Instead of continuing to devote a full-time schedule to completing much of the work himself, Manuel was forced to return to the workforce to help fund the remodeling project. 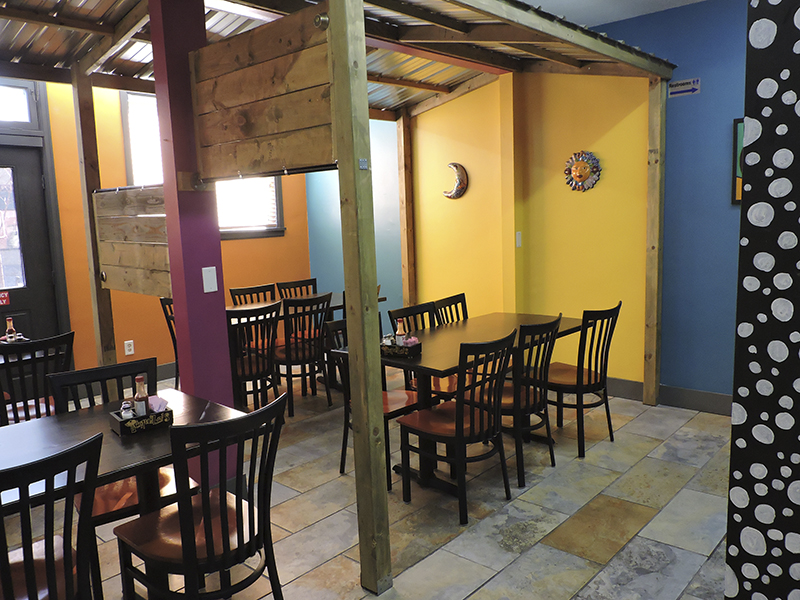 The new addition at Tequila’s Mexican Bar & Grill opened over the summer and doubles the seating capacity of the establishment. – Kelly Wassenberg/Albert Lea Tribune

The couple also moved into the apartment above the restaurant with their son, Skyler, who is now 17, to save money. Shawna Ramirez, who wasn’t too involved with the business at that point, saw it as a small sacrifice to ensure the project was completed, although it wasn’t an easy move for her.

Shawna was pregnant with the couple’s second child. The baby, a little girl they named Ruby, was born prematurely at 23 weeks. She passed away a half hour after she was born.

The heartbreak of their daughter’s loss only added to the struggle they were facing to open the business’ doors, yet Shawna Ramirez gives her husband credit for his dedication.

“He was so persistent,” she said of his work on the project that she sometimes feared was too overwhelming. Her husband had a plan in mind from the very beginning, but she had her doubts about the space they had purchased. 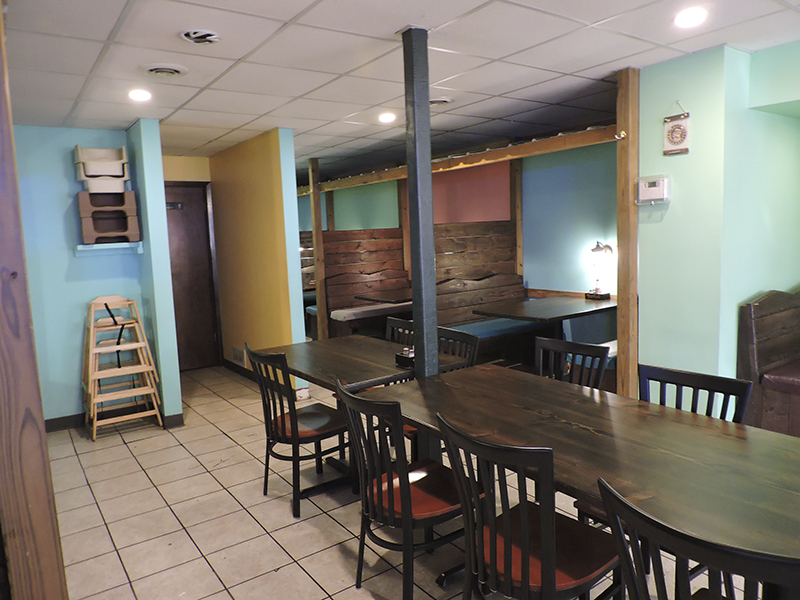 Manuel Ramirez did much of the renovation work on an old, vacant restaurant in Northwood before opening Tequila’s Mexican Bar & Grill in 2011 with his wife, Shawna Ramirez. – Kelly Wassenberg/Albert Lea Tribune

In 2011, those doubts were erased when the couple was finally able to open the doors to Tequila. The couple both began devoting themselves to their venture with Shawna Ramirez managing the front end of the restaurant and Manuel managing the kitchen.

That was a turning point in many ways.

In the years since opening, the couple has welcomed another child, their son, Diego, who is now 3. With the support of a loyal customer base, they’ve also outgrown the space which included seating for 55 to 60 customers. At the beginning of 2016, the couple bought the adjacent realty office and the renovations began once more. This time the work was completed in six months.

The restaurant’s addition has essentially doubling its seating capacity since opening in July.

The next change customers will find will be on the menu. Manuel Ramirez has new ideas for the menu which includes Mexican favorites made with his own recipes. He also smiles when he speaks of the secret menu. As a reward for their loyalty, regular customers can order from the secret menu. The off-menu selections are known to those who have asked Manuel Ramirez about his own favorites and asked for him to cook it for them. If he writes the selections down, they would no longer be a secret, so those who aren’t in on the secret are encouraged to ask the wait staff.

Tequila’s Mexican Bar & Grill is open from 11 a.m. to 9 p.m. Tuesday through Saturday and 11 a.m. to 8 p.m. on Sunday. The business is closed on Mondays. The business takes call-in orders, delivers food to Worth Brewing Co. and has started to work its way into catering. The business can be reached at 641-323-0000.