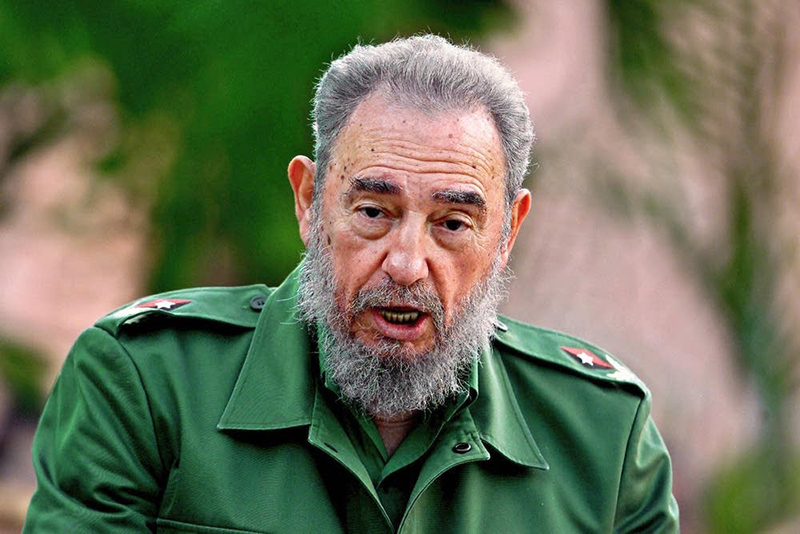 As news of Fidel Castro’s death spread across the world, some Minnesota politicians reacted with renewed calls to change U.S.-Cuba trade policy, while people from Cuban families who came here in exile strained to convey their emotions.

Alina Manea was 14 when her family fled Cuba a half century ago. After a time in Connecticut, she met and married a naval officer from Sauk Rapids and she and her family moved to the central Minnesota town.

And despite the years and the distance, a strong resentment toward Castro persisted. Her father blamed the communist government for taking the family farm and slaughterhouse and making Cuba a place they could no longer call home.

“It’s my dad’s birthday. And he always said I will never go back to Cuba as long as Castro is there. And my father passed away a year ago. So we all said last night, now we can go.”

Manea isn’t sure when that will happen or what to expect when she arrives. All she has to go on is a relative’s pictures.

“It’s amazing. It still looks like our Cuba, but the country is so — how should I say it — it is so rundown.”

Cristine Almeida’s parents and siblings also left Cuba, in 1961, amid the Castro revolution. But she was born in America. She says Castro’s death leaves her numb.

“It’s complicated because I’m eternally grateful that they left. The best thing that ever happened to me is to leave the island when they did and not get stuck there because my life would have been completely different and much, much more difficult, a thousand times harder.”

Almeida, who has lobbied for MPR at the state Capitol, visited Cuba last year and it was the first time she met many of her relatives.

“It was really emotional also because it became immediately evident I get to leave here — this place with holes in the streets and sometimes there’s water and electricity, and sometimes there isn’t. And I can’t take you with me and I don’t know when I’ll be back and you can’t leave.”

Almeida has been sending money to them for food, water tanks and home repairs.

Members of Minnesota’s congressional delegation say the U.S. could help improve the lives of Cubans by removing Cold War-era policies that isolate the country. Fidel Castro’s brother, Raul Castro, is still in charge, but lawmakers like Republican congressman Erik Paulsen say Fidel Castro’s death is symbolic and means the time has come for the 55 year-old trade embargo to go.

“The Cuban government has used it as an excuse of why they have been able to suppress the Cuban people. And I think if we are more open and transparent it will actually accelerate the opportunity for Cubans to have more freedom and economic opportunity.”

Democratic Senator Amy Klobuchar is sponsoring a bill to scrap the embargo. She has been to Cuba and says international commerce will ramp up in Cuba with or without the U.S.

“Literally Americans may visit there now, but if we don’t do anything about this pretty soon they are going to be staying in Spanish hotels and eating Chinese food. There is simply not enough of a developed food system in Cuba to support itself. And we would rather have those ships of food coming from America and Minnesota than Venezuela or Europe.”

And here in Minnesota, where there are just under 4,000 Cuban-Americans according to the 2010 census, those policies and Castro’s passing will remain topics of debate. The Minnesota Cuba Committee, which also wants to end the embargo, wants to make sure a fuller picture of Castro’s imprint on the world gets aired. It is due to meet Sunday night in a Minneapolis bookstore.