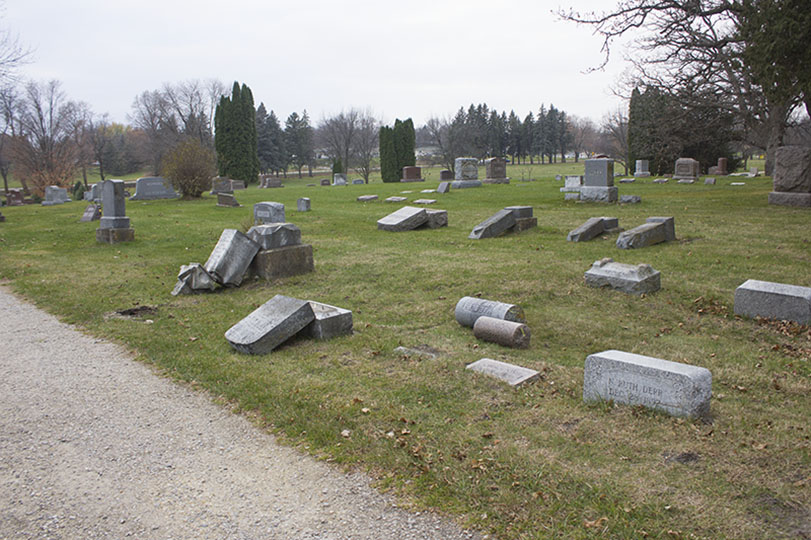 Albert Lea police are looking for unknown suspects after more than 100 gravesites were damaged at Graceland Cemetery Sunday night.

“I’m devastated,” he said. “I can’t fathom that someone thinks this is fun or neat. The cemetery has not done anything to anybody. I don’t understand why. Why?”

Pots in the military section of the cemetery were reported tipped over. A light that illuminates the flag at the veterans memorial was reported broken out. 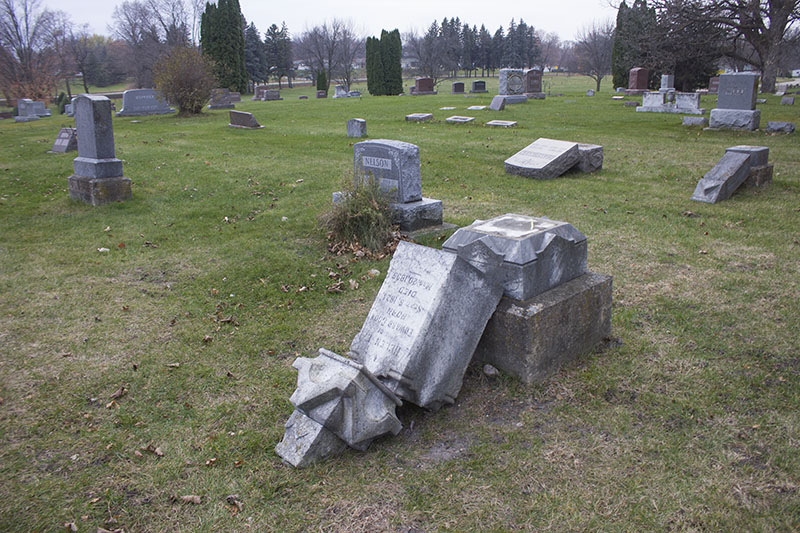 Damage is estimated at $14,000. Most of the damage occurred in the northeast side of the cemetery. Wedge advised people to check if monuments of friends and loved ones are damaged. If damage is sustained, people can contact Wedge at 396-3755 for more information.

Wedge — an Albert Lea native — said about 40 gravesites were damaged earlier this year at the cemetery, but he has not seen this many sites damaged at one time.

“This is beyond pale,” he said.

The perpetrators used baseball bats and pushed over some by hand, Wedge said, adding that he feels pain for the family members of the buried.

“I just feel sorry for them,” he said. “This is a tough thing when you come out and find your loved one damaged.”

Wedge said he thinks that a group of at least six teenage boys are responsible for the damage.

Wedge’s father, Don, served as president of the board before he did. He remembers seeing his great-grandmother be buried in the cemetery.

“It just wrenches my gut … absolutely sick that someone would do this,” Wedge said. “I would like to see them prosecuted to the full extent of the law as a good lesson for everybody else that this is not something you do. This is disrespect for everyone in the community, everybody that has a loved one here.”

More information is expected to be released Tuesday. Look to the Tribune for more as it is available.