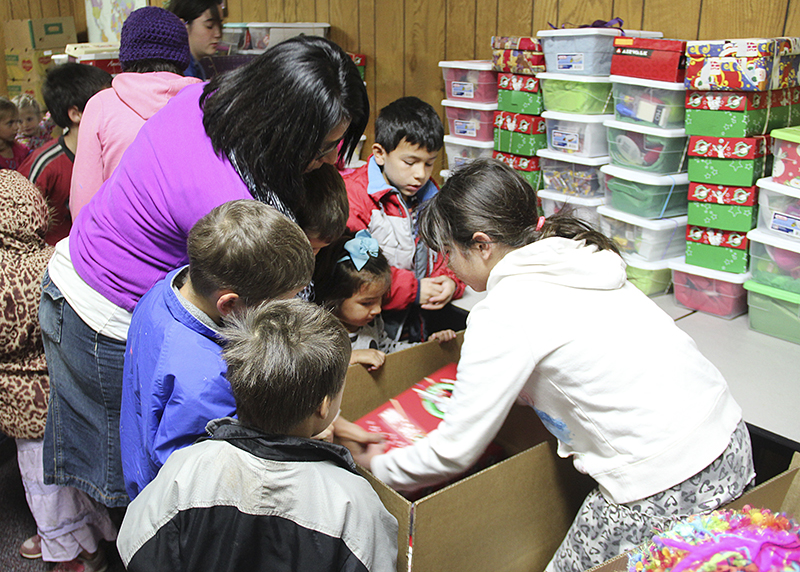 The project, Operation Christmas Child, encourages people to fill shoeboxes with school supplies, hygiene items, toys and notes of encouragement and donate them to children in need around the world.

The project is organized through an organization called Samaritan’s Purse, an international Christian relief and evangelism organization headed by Franklin Graham.

Rosemary Olson, area coordinator, said Bridge Community Church at 335 W. Clark St. has been a collection site for seven years, though the church members have been participating in the effort for 10 years. 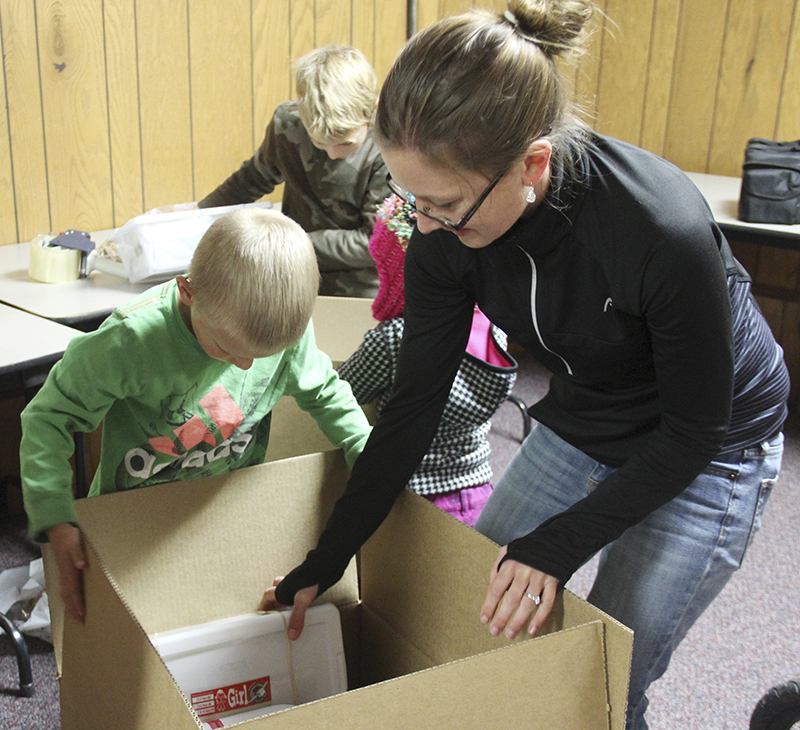 Jodi Hartman and her son Titus, 6, pack boxes for Operation Christmas Child at Bridge Community Church on Monday. The church opened for donations for the program. – Sarah Stultz/Albert Lea Tribune

Olson said they have collected 7,600 shoeboxes at the Albert Lea site over the last six years, and they only hope to continue that this year.

On Sunday, 367 shoeboxes were donated from First Presbyterian Church, and other people brought in boxes after the site officially opened on Monday.

Olson said after the boxes leave Albert Lea, they are taken to Rochester and then Minneapolis before being sent out to various countries.

People have the capability of following their boxes online to see where they end up.

Boxes this year will be delivered to Tanzania, Zambia, Saint Lucia, Madagascar, Zimbabwe and Namibia.

The organization has asked that any kind of war-related toys, liquids and chocolates not be included in boxes.

Since 1993, Operation Christmas Child has collected and delivered more than 135 million shoeboxes to children in more than 150 countries and territories. Shoeboxes are collected in 11 countries.

There will be a traveling trophy for area service clubs in Albert Lea for a second year this year who donate the most boxes. Daybreakers Kiwanis won the trophy in 2015.

Albert Lea’s collection site will be open through Monday.