The Cast of “It’s A Wonderful Life,” rehearse a scene for the upcoming Riverland production that kicks off tonight. - Eric Johnson/Albert Lea Tribune

The stage version of the iconic Christmas favorite, “It’s a Wonderful Life,” will be presented today through Sunday at the Frank W. Bridges Theatre on the campus of the Riverland Community College in Austin.

Performances will be at 7:30 p.m. each day except for Sunday, when the performance is at 2 p.m.

The production, directed by Riverland Theatre faculty member Susan V. Hansen, is an adaptation for the stage by James W. Rodgers and based on the 1946 film by Frank Capra and story by Philip Van Doren Stern.

“It’s a large cast of community members, children and students,” said Hanson. “I am very pleased with the production; they are ready to go.” 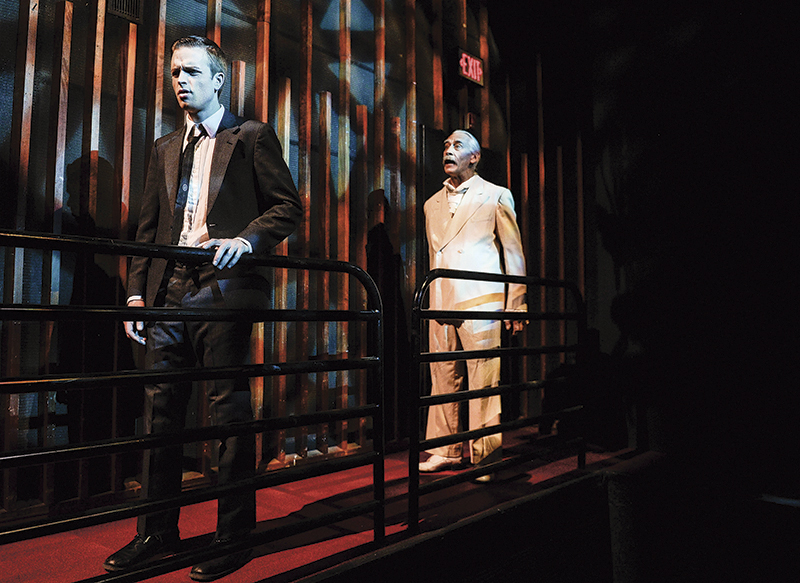 “It’s a Wonderful Life” takes place in the small town of Bedford Falls where George Bailey dreams of escape and adventure but is stuck in a life of family obligation and civic duty. George’s guardian angel descends on Christmas Eve to save him from despair and to show him what the world would have been like had he never been born.

This adaptation of the classic film celebrates the American philosophy of life: hard work, fair play, and the love and support of one’s family and community. The production is suggested for ages 10 and up.

Hanson said while the film is probably the best known version of the story, the production has been done on radio and as a musical. She came across the Rodgers’ script and fell in love with it, she said. The message of how we all have impact on those around us is an important one, she said. 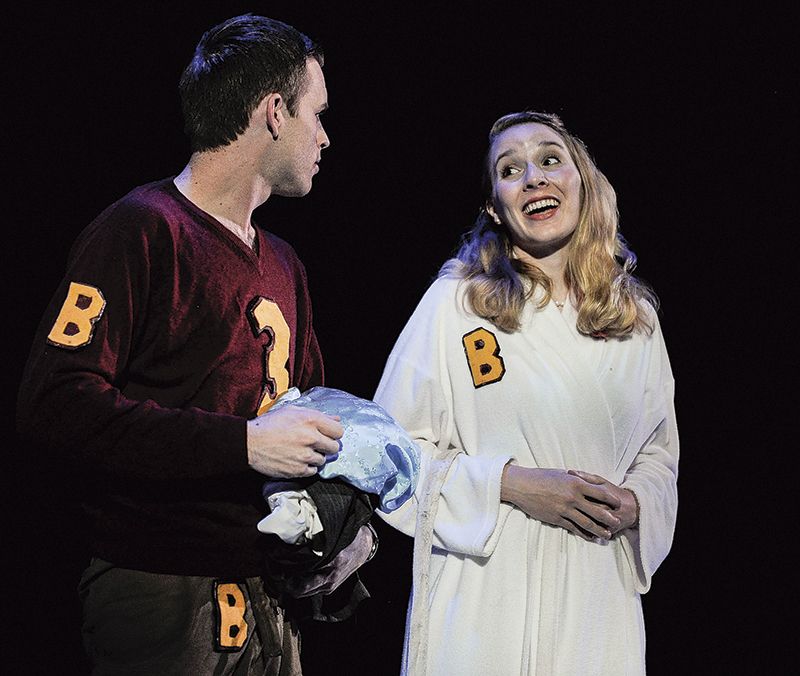 “I know that I am now in the Christmas spirit,” she said with a chuckle. “And that is pretty early for me.”

If there were challenges, said Hanson, it was the costuming of the production.

“The costumes are gorgeous,” she said. “But they did present a challenge, since the show covers the years from 1919 to 1945.”

“This production of ‘It’s a Wonderful Life’ is new to our theatre, but will be familiar to audiences who love the classic film,” said Riverland Theatre Director Lindsey Duoos Williams. “This will be the perfect way to kick off the holiday season.”

Tickets are $13 and are on sale at www.riverland.edu/tickets 24 hours a day, seven days a week. The online ticketing system allows customers to choose their seats and pay by Visa, MasterCard, American Express or Discover.

Tickets may also be purchased at the Riverland Box Office, located in room E107 in the East Building of the Austin campus. Box office hours are 11 a.m. to 1 p.m., Monday through Friday, and one hour before performances. Riverland students receive two free tickets to each performance with a valid student ID. Contact the box office at 507-433-0595or by emailing boxoffice@riverland.edu. The theater is located on the college’s east campus, 1900 Eighth Ave. NW in Austin.

What: “It’s a Wonderful Life”