Rockets too much for Tigers 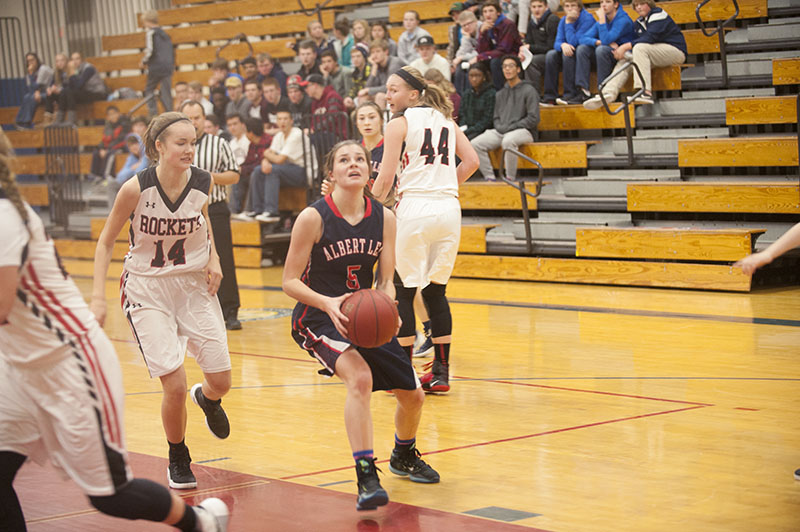 The Albert Lea girls’ basketball started its season with a tough test at home Tuesday night.

Rochester John Marshall finished last season with a record of 22-6, and the Rockets showed they didn’t lose much steam from last year’s success.

The Rockets pounded the offensive glass all night long and forced the Tigers into 22 turnovers on their way to a 67-35 win.

John Marshall’s Jessica Ruden buried a triple to make the score 10-0 just three and a half minutes into the contest.

Dayna Edwards scored the first point of the year for the Tigers by splitting a pair of free throws, then Rachel Rehnelt drove to the hole for two more points.

But the turnovers mounted for the Tigers, as they struggled to take care of the ball and keeping the Rockets off the offensive glass. 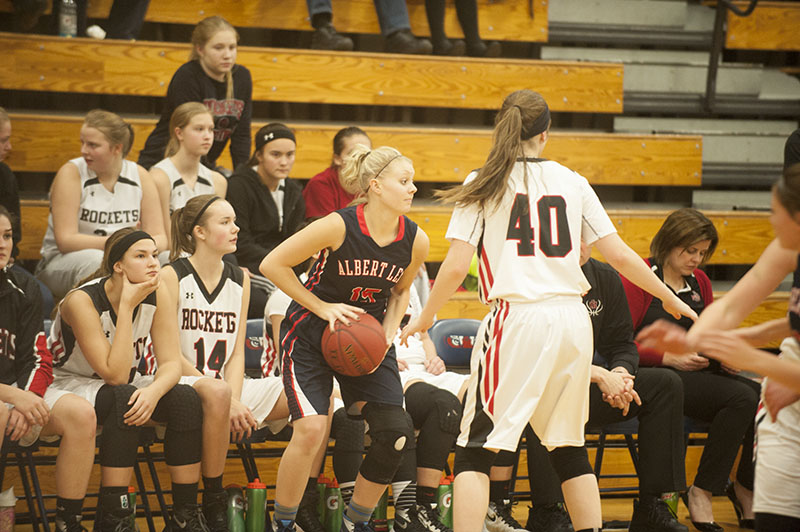 Albert Lea forward Kalli Citurs looks for a teammate to pass to during the first half Tuesday night. She finished the game with six points.

The Tigers ended the first half on a 4-0 run thanks to two free throws from Rehnelt and a layup from freshman Sam Skarstad.

Albert Lea’s defense in the second half confused John Marshall for a good part of the half, and the Tigers were able to force some turnovers and turned those into points.

But the Rockets were too big and too deep for the Tigers to handle.

Albert Lea will take on rival Austin on Friday.