Sarah Stultz: There are cheers, rejoicing in neighborhood 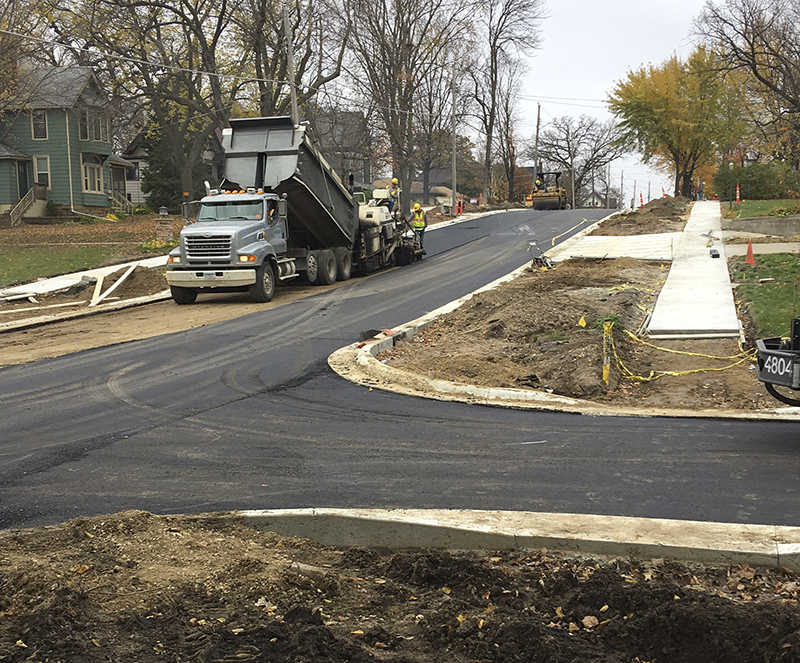 If you happened to be in the Park Avenue neighborhood Saturday afternoon or Sunday, there was a welcome sight to behold.

After more than five months of construction — digging up the street, removing and then replacing old sewer and water lines, pouring new curbs and sidewalks, as well as many other tasks along the way — the residents on Park Avenue and all of the other streets in the neighborhood finally had a new paved road to drive on.

Don’t get me wrong — I am grateful for the upgrades in our neighborhood and for all of the workers who dedicated hundreds of hours on this project. I am just glad to see the project start to come to a close. It has been a long several months.

When this project first began, it was interesting to see the effect it had on the neighborhood. Neighbors would gather around and watch the workers as they began to transform our streets. It has been a great talking point for all of us, and seeing people out talking to each other has been fun, too.

Looking back over the last few months, it seems like it was so long ago that the construction workers found the remains of a fountain that had been buried at the intersection of West and East Park avenues. The fountain used to be the pride of the neighborhood in the early 1900s and had six bronze turtles placed around it.

Needless to say, the fountain was in rough shape by the time we saw it, but it was fun learning a little history along the way.

As our construction project continued, I heard rumors of another fountain being discovered, but I have not been able to verify that.

As the months continued, I haven’t noticed as many of the neighbors standing around talking about the project as I did early on, but because of the nature of the project, we have seen more of some neighbors  than we would have in the past as we have had to walk to and from our vehicles down the street. This has given us the chance to get out and get some fresh air as we’ve walked back and forth — and get a little exercise in the process, too.

While we still have another layer of bituminious to go — plus the completion of some sidewalks and the replacing of sod — we’re only downhill from here on out!

I would imagine there’s only a few more weeks remaining at tops.

Here’s to hoping that’s the case.