Some Minnesotans opting for the trail, not the mall, on Black Friday 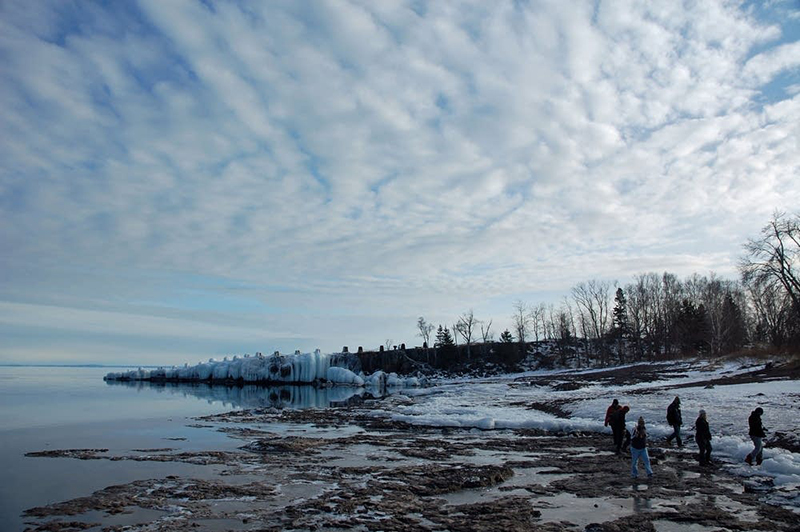 “There are 75 state parks in this incredible state,” she said, “and everybody in Minnesota is about 30 miles away from one of them. So if you want to get out, walk around, get some fresh air, get some exercise, that is a great thing to do.”

Last year Minnesota became the first state in the country to offer free state park admission on the day retailers have dubbed “Black Friday” — to promote the parks and encourage people to burn off some holiday calories.

This year, a dozen other states followed suit, including Wisconsin and Michigan.

“Our family is very happy outside, our kids are fighting less, there’s less interest in being on the screen, they’re running around, they’re exploring, they’re being creative,” said Libby Fena of Duluth.

Her family of five plans to drive to some of the state parks along Lake Superior’s North Shore.

“I think it’s a good value for us to send” our kids, she added. “That being together, being outside in the environment, is more important than the commercial stuff.”

While state officials didn’t track the number of people who visited parks on the day after Thanksgiving last year, they say they welcomed thousands of visitors on a day that historically sees very light traffic. Crowds were especially big at Fort Snelling.

“It was fun talking to the ranger, she was like, I have never seen so many people come out to this park,” said Brian Harrower, recalling his visit to Fort Snelling last November. “And so, it was a movement, and now it’s year two of it, so it’s super cool.”

Harrower is the manager of the REI store in Bloomington. The outdoor retailer helped jumpstart the movement last year, when it decided to close all its stores nationwide rather than promote Black Friday deals.

Instead the company paid its 12,000 employees to head outdoors. REI dubbed the campaign “Opt Outside.”

Company leaders broke the news to the 143 store managers at a conference in Oregon last year.

“People were just flying out of their chairs,” Harrower recalled. “I mean people were crying, just cheering and high fiving, it was one of the coolest moments that I’ve seen in a work environment.”

For Harrower, it meant he’d have his first Black Friday off since he was 18.

“For us to do something like this, and take a stand against everybody who’s kind of headed the opposite direction, it was really emotional, you just felt really good about that decision,” he said.

That decision paid off for REI. Harrower said people came in who had never even heard of the store to join the member-owned co-op because of the stand it took. Rather than hurt business, he said it has helped sales.

And now other businesses have joined the effort. Lutsen Mountains on the North Shore plans to offer free skiing and gondola rides today, although only about three runs are open so far.

The ski area made the decision after watching the Opt Outside movement gain traction, said marketing director Jim Vick. “This is a good thing, it’s worth supporting, and it’s core to our mission of being outside and enjoying winter and enjoying the season,” he said.

Nearly 2.5 million people have pledged to opt outside today, according to REI. That’s a million more than last year.

But despite the growing enthusiasm for fresh air and exercise after Thanksgiving, shopping is still king. The National Retail Federation estimates more than 137 million people plan to shop Thanksgiving weekend.

That’s nearly six out of every 10 Americans.