A celebration of life gathering for Steven L. Adams will be from 2 to 5 p.m. Sunday at the Fairlane Building at the Freeborn County Fairgrounds.

Steven passed away peacefully Saturday, Oct. 29, 2016, at Good Samaritan Society of Albert Lea. He was 72. 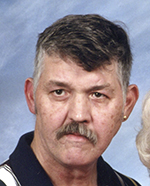 Steven Leslie Adams was born Jan. 3, 1944, to Francis “Shorty” and Ellen (Jacobson) Adams in Albert Lea. He attended and graduated from Albert Lea High School in 1962. In 1963 he enlisted in the United States Navy and served honorably until his discharge four years later.

In 1971 Steven met Deanne Peterson and on Oct. 28, 1972, they married. They were married for 44 years and were blessed with two daughters.

Steven worked in maintenance and as a machinist, mostly working for Enderes Tool Company as a tool and die maker from 1975 until his retirement in January 2010. In his free time, Steven enjoyed designing and building stuff around his home. He enjoyed being outdoors, working in the garden, going for long walks and riding his bicycle around town. Steven also enjoyed reading, playing computer games, watching sports, riding motorcycles and going to Myre Big Island State Park and the Minnesota Zoo. Steven was a member of the American Legion and was a Boy Scout growing up. For over 25 years, Steven was a volunteer with the local Girl Scouts.

Steven is survived by his loving wife, Deanne; daughters Mary and Stephanie Adams; brothers Wayne (Gloria) Adams and Terry Adams; as well as many other loving relatives and friends.

Steven is preceded in death by his parents Francis and Ellen; and sister, Judy Adams.

Steven will be missed by his family and friends.