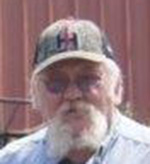 William Craig Jacobsen was born July 10, 1951, in Albert Lea, the son of Norman and Dorothy (Quade) Jacobsen. He grew up and graduated from Freeborn High School in  1969. He attended the University of Minnesota in Minneapolis, where he graduated with a degree in agribculture.

On June 9, 1978, he was united in marriage to Janice Frantum in Alden. To this union two sons were born and the couple later divorced. He farmed in Freeborn with his father on the family farm. He loved his Angus cows. Bill painted antique tractors and engines and enjoyed traveling to tractor shows and swap meets. Bill was active in his sons’ lives and loved spending time giving tractor rides to his grandson, Aiden. He was a former member of the Freeborn County Cattlemen’s Association and the Freeborn Historical Society and a former member of the Freeborn Cemetery board.

He is preceded in death by his parents.

Bill is survived by his two sons, Erik Jacobsen of Alden and Travis (Marissa Miller) Jacobsen of Wells; two grandsons, Aiden and Holton of Wells and one grandson due in January; special friend, Mary Koziolek; sister, Mary (husband Dennis) Rollenhagen of Wells; two brothers, Randy (wife, Mary) Jacobsen of Loganville, Georgia and Rick (wife Julie) Jacobsen of Akron, Ohio; as well as many nieces, nephews and their families.