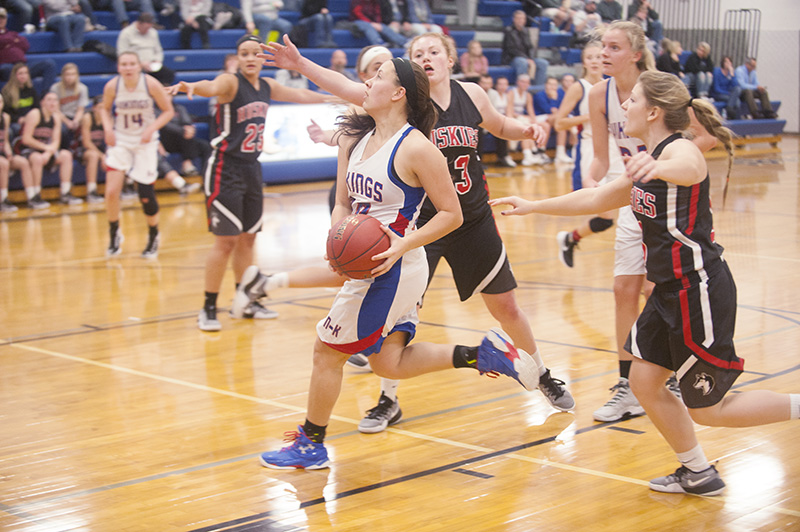 Sophomore guard Laura Hopperstad makes her way to the hoop during the first half of Northwood-Kensett's game against Nashua-Plainfield. Jarrod Peterson/Albert Lea Tribune

NORTHWOOD — Basketball is a game of runs. And in the case of the Northwood-Kensett girls’ basketball team, it was one big, long run that separated it from Nashua-Plainfield during Friday night’s game.

The Vikings found themselves tailing 7-3 early in the first quarter. But they ended the quarter on an 11-0 run to go up 14-7. 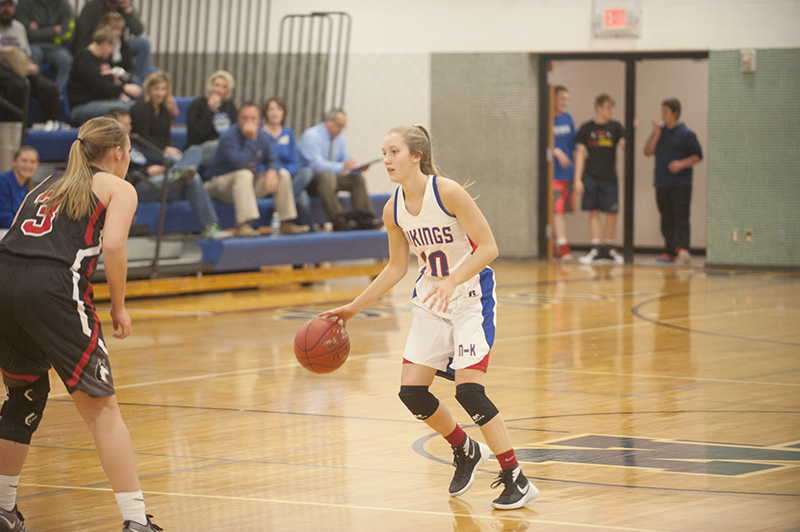 Northwood-Kensett’s Calli Christiansen looks for a hole in the defense during the first half. She handed out eight assists in Friday’s win.

Senior center Terran Haberman was a matchup nightmare for the Huskies. She ended the game with 21 points, on 10-16 shooting, and grabbed seven rebounds. Haberman was also a problem on the defensive end of the floor, finishing with four steals. She scored 10 of her points in the team’s 28-point second quarter.

The Vikings started the second quarter with three assists on three baskets.

Northwood-Kensett’s offense slowed a bit in the second half, managing only 21 points, but it still outscored Nashua-Plainfield for the half, 21-19.

The Vikings shot 27-60 from the field and grabbed 20 offensive rebounds. They also totaled 21 assists.