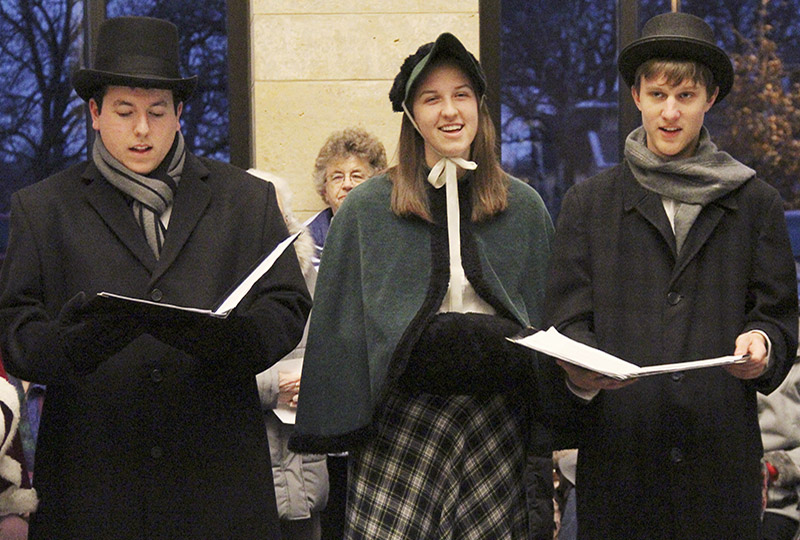 Event outside clinic has taken place at least 20 yrs.

Community members gathered Sunday evening at the annual tree-lighting ceremony outside Mayo Clinic Health System in Albert Lea in memory of loved ones and to raise money for the local hospice program.

The event helps offset cost of bereavement supplies that don’t get reimbursed, Carstens said. People can buy a Christmas tree bulb in memory or honor of a loved one. 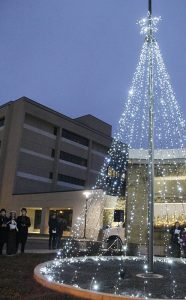 The tree is lit Sunday evening in front of Mayo Clinic Health System in Albert Lea on Fountain Street as part of the annual Set Memories Aglow. The event is a fundraiser for the hospice program. — Sarah Stultz/Albert Lea Tribune

In addition to the tree lighting itself, the Albert Lea High School Caroliers performed several Christmas songs, and a few readings were given.

Following the ceremony, participants enjoyed treats made by hospice volunteers in the lower level of the medical center.

Carstens said there are some people who come to the event every year, and this year’s event had one of the  biggest turnouts she had seen.

Donations will continue to be accepted through the end of January for the cause. People can donate in memory or in honor of a loved one.

Donation forms are available at the Mayo Clinic store on the first floor of the medical center, in the hospice office, 1705 S.E. Broadway, or at one of the satellite clinics.

The program presently has 27 volunteers that serve in a variety of roles. Volunteers work based on their own availability.

The hospice program provides services to patients and their families, when a patient has a life expectancy of six months or less.