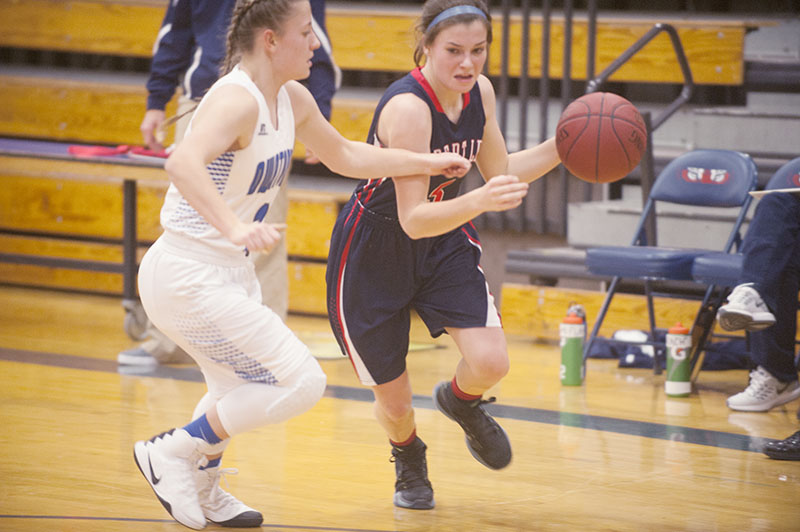 Albert Lea guard Rachel Rehnelt tries to get a step on Owatonna’s Bria Wachowiak during the second half of Friday’s matchup. Rehnelt led the Tigers with 13 points. Jarrod Peterson/Albert Lea Tribune

The Albert Lea girls’ basketball team was looking for its first win of the season when it hosted the Owatonna Huskies Friday night.

The Huskies came into the game with a record of 3-1, including a big win over Lakeville South the night before.

The Tigers were hoping to take advantage of tired legs, as the Huskies not only played Thursday, but also played Tuesday.

But Owatonna showed anything but tiredness on a chilly Friday night. The Huskies dropped in 81 points as they beat the Tigers, 81-45. 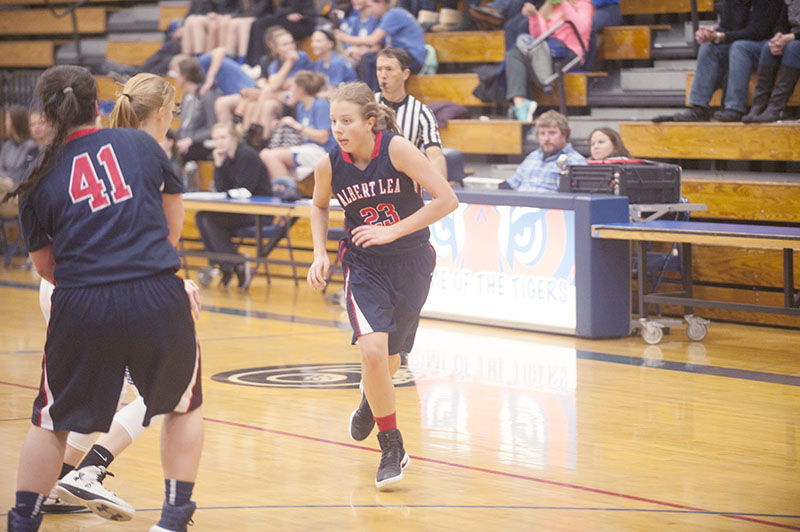 Albert Lea guard Samantha Skarstad looks to make a cut during the second half of Friday’s game against Owatonna. Skarstad finished the game with nine points.

The Tigers put up a hard fight for most of the first half. A putback bucket by Alexandra Eckstrom cut the Huskies’ lead down to nine points, 24-15.

But it was all Huskies from there, as they closed on a 21-7 run to end the half.

The Tigers battled hard in the second half, but the Huskies just wore them down.

Its next game will be on the road Tuesday at Rochester Century.