Bernard George Steinhauer, 87, of rural Walters died Wednesday, Dec. 14, 2016, at Good Samaritan Society of Albert Lea’s Hidden Creek Assisted Living surrounded by his loving family and wonderful caregivers. A funeral service will be at 10:30 a.m. Tuesday at United Lutheran Church in Walters, the Rev. Donald Rose presiding. Visitation will be from 4 to 7 p.m. Monday at Bruss-Heitner Funeral Home in Wells and will continue one hour prior to the service at the church on Tuesday. Interment will be at Walters Cemetery with full military honors by Kiester American Legion Post No. 454. Bruss-Heitner Funeral Home in Wells is assisting the family. To leave an online condolence, visit www.brussheitner.com. 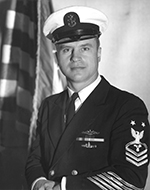 Bernard was born Jan. 7, 1929, in the home on the family farm in rural Walters to Arnold Frederick and Marie (Enser) Steinhauer. His first 18 years were spent on the family farm, attending grade school in Walters and graduating from Kiester High School in 1947. Following his graduation, he joined the United States Navy, and shortly after volunteered for submarine duty. During a Naval career that spanned nearly 23 years, he served on both diesel and nuclear powered submarines during the Korean, Vietnam and Cold War periods. It was during his first submarine tour while serving in San Diego that he met a young, female sailor, Joan Marie (Kavka) from rural Pennsylvania — the woman who would become his loving wife for over 64 years. During their marriage they had three children together: Bernard J. (Regina) Steinhauer of Easton, Denise (Jay) Klein of Prior Lake and Arnold (Brenda) Steinhauer of Lakeville. 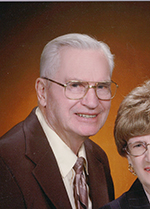 Following his retirement from the Navy in 1970, he worked as a boiler inspector for a private insurance company and then the state of Minnesota, until he formally retired in 1980. It was then, after he had left 33 years before, that he and the family moved to his birth home on the farm in rural Walters, where he lived until just before his death. Shortly after moving to the farm, Bernard and Joan formally took Thomas (Rebecca) Steinhauer into their home as their son.

Bernard loved the Navy, submarines and everything associated with them. He loved to travel the country in the motorhome, visiting family and the countless friends they met during Bernard’s Naval career. He also loved to work on and drive his 1948 Ford Coupe, his old Land Rovers and his Farmall B tractors. Most of all, he loved his “Joanie,” being on the farm and being with his family. He was very proud to be a member of United Lutheran Church, Fleet Reserve Association, Veterans of Foreign Wars, U.S. Submarine Veterans, an associate member of Submarine Veterans World War II and American Legion Post No. 454 of Kiester. He also served as Foster Township clerk for 15 years.

He is preceded in death by his parents; wife, Joan; and sister, Fern Hendrichsen.

He will be greatly missed by all who knew him for his smile, his stories and his wonderful sense of humor.