A sharing of memories for Bruce A. Langlie will be at 1 p.m. Friday at Bonnerup Funeral Chapel, Albert Lea. Burial will be at First Lutheran Cemetery in Ellendale.

Bruce Langlie of rural Glenville passed away suddenly on Friday, Dec. 9, 2016, in Geneva of a heart attack. 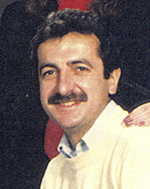 He was born Sept. 5, 1950, to Athan and Helyn (Hanson) Langlie on the family farm in Steele County. He graduated from Ellendale High School in 1968. He enlisted in the United States Army in 1970 and served in Vietnam until his honorable discharge in 1971. Bruce worked in the Twin Cities with Smith Brothers and Fetrow, where they build custom motorcycles, and at Minnesota DOT. He eventually moved back to the family farm, where he farmed for a number of years and occasionally drove truck for a few people in the area.

He greatly admired classic cars and motorcycles, owning a few. He enjoyed working on them, but Chevy Nomads and Harley Davidsons were his favorites. Bruce loved his friends and enjoyed spending time with them — he was always the life of the party. He will be greatly missed.

He is preceded in death by his parents Athan and Helyn and a nephew, Levi Blouin.

Bruce is survived by his siblings Barbara (Dale) Mrotz of Ellendale, Jerry (JoAnne) Langlie of Albert Lea and Julie Langlie of Ellendale; as well as many nieces, nephews, relatives and friends.